My plan for this short interview—along with the ones I have scheduled for the rest of the month—was to write about Igifu by Scholastique Mukasonga and That Time of Year by Marie NDiaye earlier in the week (along with a few other French books) as a way of providing a context for this interview.

I did end up writing something about the books, although it started with a lot of vitriol toward the Rochester Police Department, and included some things about myself that I don’t necessarily feel comfortable sharing in this space. I’m thinking that I’ll fix all the typos and post it on Medium, which I rarely, ever use (but probably should?).

Anyway, if you’re a fan of these two books—or of Jordan Stump’s work as a whole—I think you’ll like this interview. And hopefully this week things will settle down enough to get back to posting more regularly again. 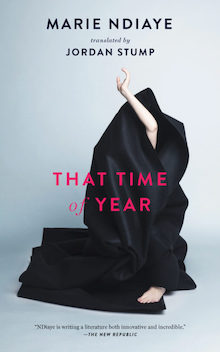 How did you come to Igifu and/or That Time of Year?

I’ve been delightedly reading and teaching NDiaye’s books since the early nineties; it took me a while to begin translating her (in part because my early attempts were so unworthy of her beautiful writing that I simply gave up). I ended up translating several of her later books, but my mind kept going back to her earlier work, which is undertranslated and vastly underrated in this country; I thought particularly of That Time of Year, which I read when it first came out, way back in 1994 or thereabouts. I was utterly thrilled when Two Lines agreed to let me bring it, at last, to the American reader.

Why should people read these books?

Because they’re beautiful, in two very different ways (“beauty” being defined rather broadly here). There are of course many other reasons, but for me that’s always the only one that really matters.

What did you learn in the process of translating these books? (Or, how did you grow as a translator by working on them?)

Not so much a matter of learning as of confirmation, I guess: the glorious power of endless revision. Both Igifu and That Time of Year eluded me a bit in my first drafts; in both cases, once again, I saw that the way through obstacles in translation is long, drawn-out, constant rethinking and reconsideration. The more I translate, the more I’m amazed at what a translation can do as long as it’s given enough time and enough thought to develop. 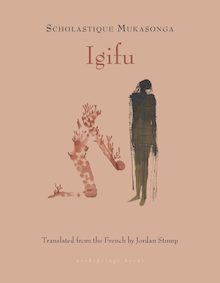 What specific elements of style/structure/voice were the most challenging/rewarding about these projects?

In both cases, I think the challenge is not running roughshod over the delicate balance of the text. Both NDiaye and Mukasonga have understated voices, though they’re not understated in the same way—the kind of voices that can be disfigured by an overly “poetic” translation, but that can easily turn flat if they’re rendered too plainly. Letting the voice come through as itself, not as something I can turn it into: that’s always the challenge of translation, and with writers whose voices I particularly love it’s particularly urgent to get it right.

If someone loved Igifu/That Time of Year, what would you recommend they read next?

I don’t mean this to be a facile answer: these are both writers whose work grows richer the more you read of it—so read more NDiaye and more Mukasonga!