In the early 2000s, a number of issues of the Review of Contemporary Fiction featured “Letters to the Editor.” It was a poorly kept secret that all of these—the letters and responses—were written by John O’Brien. Obsessed with failing marriages and sad sack lives, these letters are wonderful bits of satire and voice, and we will be sharing them occasionally. 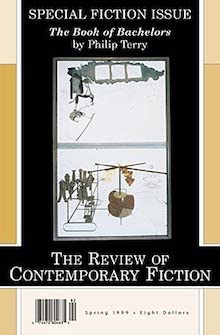 Dear Editor: I had a very disturbing experience recently. For at least three generations, my family has gone to the Dixie Truck Stop on Christmas Eve for dinner. No one remembers how this tradition started, but like with all traditions, you just keep carrying them on. In case you don’t know what the Dixie Truck Stop is, it is pretty much what its name says it is, a place along Route 66 where truckers stop. A big buffet for $4.99, all you can eat. The food of course is awful, and the waitresses are brain-damaged, but that’s not the point. We all know the food is awful, and we also all know it’s a strange place to be on Christmas Eve. We spend half the dinner talking about how in the hell this tradition got started, and our best guess is that years ago some grandfather or other took his kids there and they loved it and wanted to do it the next year, and so there we are. This past Christmas Eve, though, I saw a guy sitting by himself in a booth looking around and taking notes, as though he was doing research of some kind for a travel magazine or writing a story. The thing about him is that he looked like a writer who was trying to look like “one of us.” But you couldn’t confuse him with one of us, or one of the truckers, or anyone else who wanders in here from Interstate 55. This guy was a fucking wise-guy writer, smug as can be. As I observed him, while trying to get down some tough roast beef (“Just like Mom’s!”), I knew what this asshole was doing. He was writing about all of the losers who show up at the Dixie Truck Stop on Christmas Eve and how they are all going to go back to their trailer park homes and open up their presents from K-Mart. And then he would publish this piece of crap in the New Yorker or some fucking place that thinks this is “real life.” In other words, he would picture all these people being at Dixie without having any consciousness of being there, as 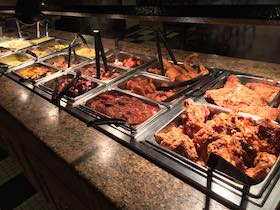 though they weren’t aware of the irony of it and though it was just the best goddamn restaurant they had ever eaten in. And that’s the problem with that kind of crappy fiction. The characters are just these fucking pawns who have no awareness of anything beyond the story that this hack writer puts them in. I mean what he should be writing about is a crappy writer who is at the Dixie Truck Stop on Christmas Eve writing a crappy story about people being at the Dixie Truck Stop on Christmas Eve. Now that would be a story! I wanted to go over and tell the guy to meet me in the parking lot, but my wife Gladys (just the kind of name this crappy writer would give her in his crappy story) told me to forget about it. That’s all I have to say on the subject. Any response?

Editor: I am not sure whether you want a response concerning “true-to-life fiction” or the Dixie Truck Stop. If the former, the I generally share your concerns. Despite what reviewers for the New York Times may say, these are not “realistic” stories (see Nelson Goodman on this subject); further, as you suggest, the characters in this fiction are puppets and perhaps have reason to be upset at their authors (see Flann O’Brien on this subject). As to the Dixie Truck Stop, I also share your concerns about the quality of the food, and would add that the service leaves something to be desired.