Following on the first two posts about the latest Granta issue of “Best Young Spanish-language Novelists,” I thought I’d take another crack at trying to define success, this time through the lens of the translators included in the two issues.

This might be the most controversial approach to date (I do have two more that I plan on writing over the next week or so), or, if not controversial, maybe a bit depressing?

See, here’s what I’m thinking: I wonder how many different translators end up publishing works of fiction in a given year. We focus a lot on the total number of books that are published in a given year, but not necessarily on how those jobs are allocated. I started writing this before doing any research—which is what makes these posts fun!—but I have a hypothesis . . . or rather, two hypotheses.

First off, I suspect that there’s more variation in the number of translators who publish in a given year from a “larger” language (French, German, Spanish) than from “smaller” languages (Polish, Danish, Czech).

Secondly, I suspect that the “top tier” translators have significantly more publications a year, which is one reason why it’s so difficult to break into being a full-time translator—you have to be one of a small group in order to get enough work in a given year to make a livable living.

Let’s turn to the data! But first, here are a couple more Granta authors worth highlighting:

Hey, everyone. Hi there. How you doing? This is the section of the post where I say funny/strange judgy things about some of the pieces from the newest Granta issue. But . . . So many weeks have passed. I took a vacation. I didn’t check email for a full week and actually enjoyed myself for the first time in sixteen months/four hundred years. I floated. So, I’m so so so sorry to all the amazing authors I’m about to not do justice to. I love you, you’re great, but I’m just going to post the random things I remember about each of these five pieces. Buckle up, my brain is garbage. 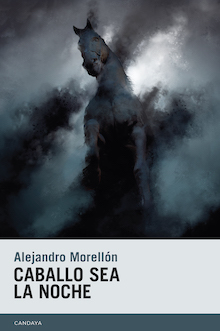 Alejandro Morellón and Esther Allen’s “The Animal Gesture,” was the first piece I read from this issue. Why? Because Morellón was included in the first 10 of 30 publication from the AC/E Spain in promotion of Frankfurt 2022. I loved that piece, loved the sample of his unnerving incestual novel, but didn’t at all understand this story about a female Pope. I mean, I’m all about there being a female Pope—Jesus H. I’ve got no hangups when it comes to religion—but I just didn’t get it. But Morellón will be translated one day, and he will find a cult audience who really loves the shit out of his elliptical writing. (Which reminds me: Watch out for Wolfskin by Lara Moreno. This book is void of periods, and the best representation of a quiet breakdown I’ve read in ages.)

David Aliaga and Daniel Hahn’s “Insomnia of the Statues.” Aliaga is another 10 of 30 author. One who is very very into Thomas Pynchon. His work is interesting, very Restless Books, if that makes sense, and is someone to check in on a few books from now. I remember this story is set in Montréal at a literary festival I’ve attended—which always weirds me out—and it reminds me of an Instagram post I saw yesterday, which stated:

Pynchon is truly the GOAT. Wrote a string of masterpieces chock full of characters w/ names like Slapdick Aristotle & Trombone Martinelli, is critically respected, a genius, & nobody knows what he looks like or expects him to chime in on whatever bullshit is dominating the Discourse.

Word. That last bit is key. Vacation Chad doesn’t give shits what authors have to say about anything other than their art.

There’s no really sound—statistically speaking—reason to frame this post/question of Translators vs. Jobs through the lens of these two Granta issues. Probably. I do think there’s something to the idea of how the translators are chosen to participate in these issues. They’re definitely not chosen at random, and given the sheer number of translators involved (20 in the first issue, 24 in the second), it’s possible this is a big enough sample to actually come to some telling results.

Let’s start with the basics: Between 2008 and 2010, there were 121 works of fiction translated from the Spanish and published in the U.S. Ignoring the three books with “various” translators, the remaining 118 works were translated by 78 translators. So the average translator did 1.51 books over a three year period. Which is just a smidge over one-half of a book publication per year. (One hypothesis can be proven already: If you do .50 books a year, you will likely have a trust fund, another job, or a financially supportive partner. Or live in a really inexpensive country. Or all four!)

Given the above figure, the 20 translators included in the first Granta “Best Young Spanish-language Novelists” should account for 30 titles of the 118 works published between 2008-10. They accounted for 37, or 31.4% of all Spanish works of fiction published State-side during that time. That’s 23% above expectations, which seems dramatic, but really, we’re only talking about seven books.

What might be more telling is to see what happened with these translators after the Granta issue came out. We already know—from probably about 40,000 posts on this website—that the number of translations increased substantially between 2008 and 2016. So, let’s see what happened in 2011-2013.

And what happened with our Granta translators in the three year period following the publication of this issue? They accounted for 48 of the 137 titles—35.0% of the total. So there was a bit of a bump following the appearance in Granta, especially if we look at only the Granta translators who published work in this period. Of the 20 included in that issue, only 14 of them had books come out over this period. Meaning that they each published on average 1.14 titles a year. 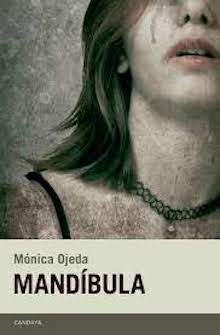 Mónica Ojeda and Sarah Booker’s “Inti Raymi” is a gorgeous story. Rhythmic, provocative, Ojeda is ready to blast onto the literary scene. In terms of specifics . . . I’m at a loss. But I think Ojeda and Morellón are involved—the love lives of Spanish creatives is an epic unto itself—and I’m really glad her book is coming out in English. I want more Ecuadorian writers, and want them for my classes that I teach every spring in which we really try and look at the global literary scene.

Just for a basis of comparison, let’s choose three languages—Polish, Czech, and Danish—and see what their numbers were for those same periods.

Well, unlike translations from Spanish, during 2008-2010, only 28 titles were published in the U.S. from these three languages in total. Twenty translators accounted for these titles though, which is remarkably similar to the statistics above: the average translator from Danish + Polish + Czech does 0.47 works of fiction per year.

This runs counter to my initial hypothesis that smaller languages lead to more titles per year by the average translator, but before saying anything conclusive, let’s look at 2011-2013.

Over that three-year period, there was a significant jump in the number of titles published from those languages: 50, which is almost a 100% increase over 2008-2010. Thirty translators accounted for those books, which bumps the per translator, per year average up to 0.56. Like I said at the start, this might be the most depressing post I’ve written in a while. Translation is a hustle, and the average translator doesn’t even get to publish one work of fiction a year.

Munir Hachemi and Nick Caistor’s “Vital Signs” is a weird fucking story. The motivation for caring about the character—something I generally can’t give fucks about—is really weird here (just read it), but I believe Julia Sanches is translating Hachemi for someone for publication, and that’s great!

I’m having a very pro-Spain vibe building up to this Frankfurt Guest of Honor Situation. I’m so over sordid Latin Americans, and just want writing that isn’t obsessed with one’s self and one’s hipness and one’s tragedy. That all feels so 1990s. Which will never ever come back into style.

What?! Are you fucking kidding me? Please tell me I don’t have to hear any Third Eye Blind aga— oh fuck. Fuck. I thought the revitalization of the Reagan Years was the ultimate moronic cultural move—that and cancellations based on YA fiction—but no! Making Blink-182 popular again is akin to audial genocide. STOP. JUST PLEASE STOP. 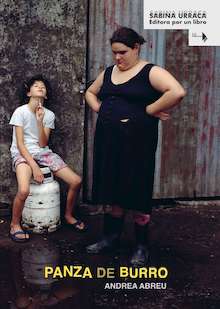 Andra Abreu and Julia Sanches’s “The New Me” is—SPOILER ALERT—my favorite story in this issue.

There’s a lot I’m leaving out from this analysis that could brighten the overall picture. I’m only looking at fiction (because that’s what Granta‘s lists are based in), I’m ignoring all other genres, I’m not taking UK titles into account at all. Nor am I taking into account the total amount of work done annually by translators like Frank Wynne and Danny Hahn who work in multiple languages. Also, 2013 was eight years ago. So for shits and giggles, let’s take a look at 2017-2019 and see what we get.

Excluding the three “various” books from this period, there were 196 works of fiction translated from Spanish and published over this three-year period. Number of total translators? 114. Which works out to . . . 0.57 works of fiction per year by the average translator.

But what about the Granta translators? Did inclusion in issue #1 boost their careers? And what about everyone in the most recent issue?

Starting with the first issue, those 20 translators accounted for 40 of the translations over this period. Which is 0.67 per year.

And for the 24 translators included in the more recent issue? They made up 39 of the translations, which is only 0.54 per year. But likely to rise? I guess?

The key takeaway from this statistical exercise is that numbers are a bummer.

No. It’s that it’s really hard to live on fiction translation alone. And that we need more of it to be published in order to support the incredible growth in the number of professional-level translators who are available to work today. (Another post could be about the changing of the guard between 2008 and 2013 . . . )

There are a number of capitalist-influenced conclusions I could post here, but I’m trying to keep my morale up, post-vacation. (Which is hard. The world hates relax happiness more than it hates voids.) Instead, I’ll say the one thing that most definitely needs to be SCREAMED: If we want international voices to be present in American culture, we need translators. And for translators to survive, they need to be subsidized. What we don’t need? Jeff motherfucking Bezos going into space. If he took that dumb glory expenditure and spent it on the few hundred translators who get published every other year . . . The landscape would be much different. More humane. Less narcissistic.

I personally just want all these talented, brilliant translators to remain in the game as long as they can. The world, as constituted in terms of values and money, hates creatives of our ilk, and fuck that.

One response to “Translation Jobs [Granta]”