101 things to do before you graduate

Commencement ceremonies begin this week ... so it's not too late.


Take this quiz to find out how many you still need to do before the big day, or how many all you alumni can call "done!"

Eat a garbage plate from THE Nick Tahou's. 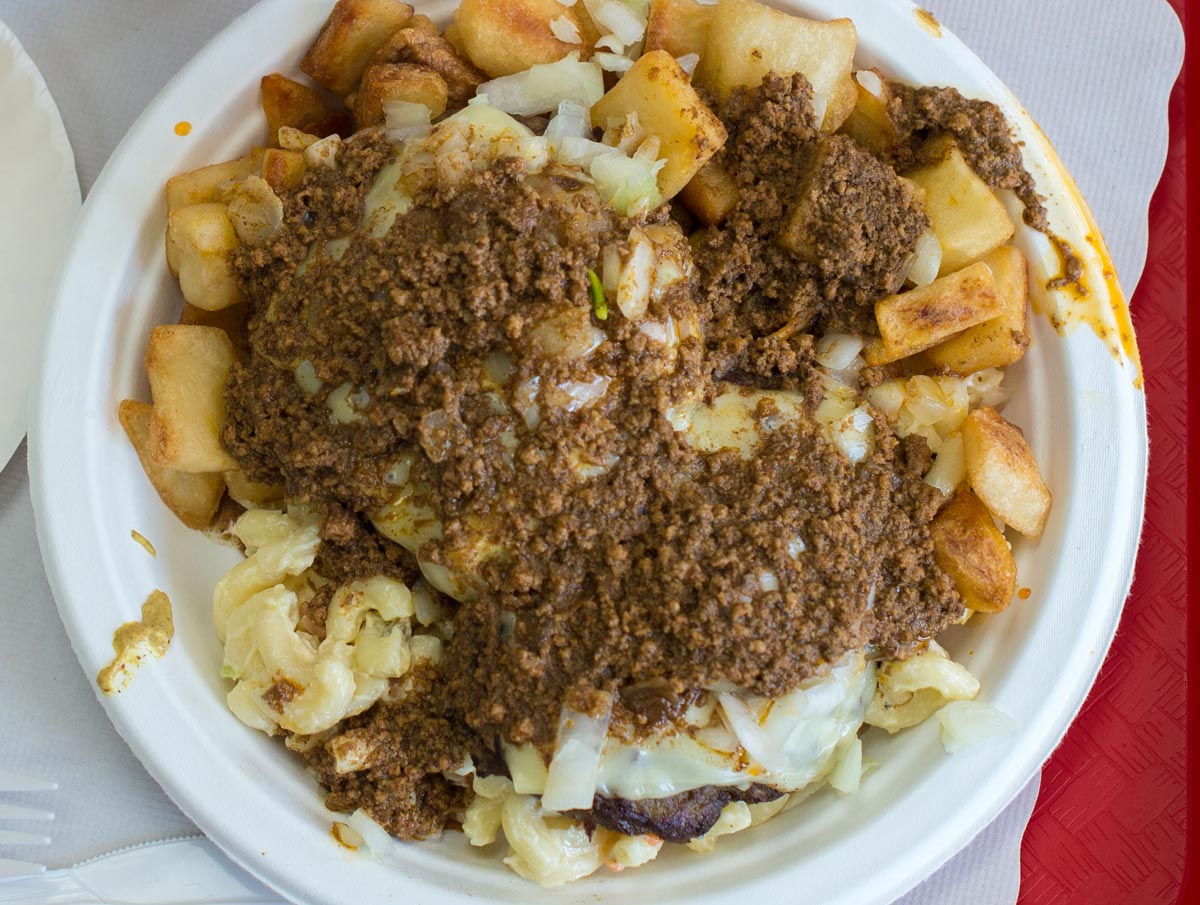 See a movie at the Little Theatre.
Take a course pass/fail.
Grab the only outlet on the 500M level of the Old Stacks in Rush Rhees Library.
Replenish your winter attire with free giveaways at Winterfest weekend.
Step up to the bar in the semi-authentic English Pub, the Old Toad, for Trivia Night or a free birthday dinner.
Feel the beat at a UR Bhangra concert.
Follow the saga of the student, the scholar, and the wild boar during the "Reading of the Boar" at the Boar's Head Dinner.
Take MUR 122: History of Jazz, with Paul Burgett, music professor, administrator, and advisor to a generation of Rochester students.
Pull an all-nighter in Gleason Library or the IT Center. 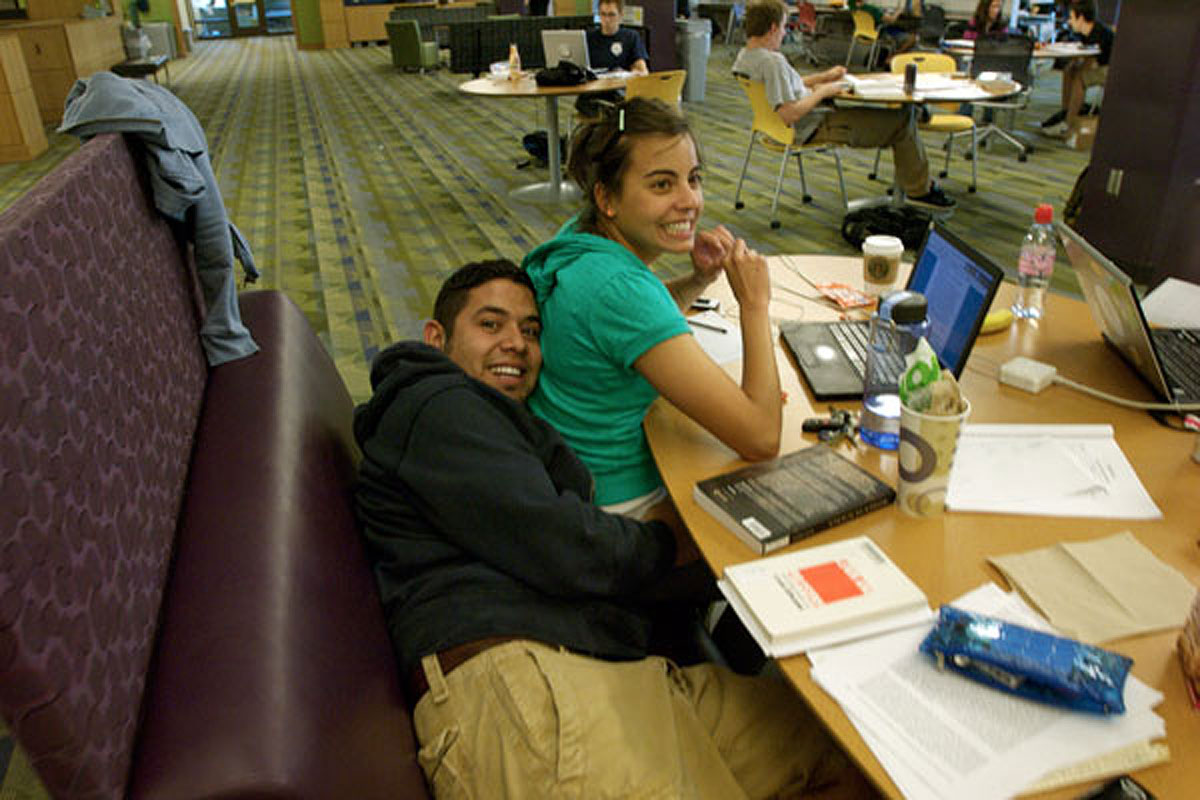 Buy cheese fries from Uncle Dickie's.
Find the final resting places of Susan B. Anthony and Frederick Douglass in Mt. Hope Cemetery.
Discover that the Medical Center's cafeteria is open 24 hours.
Have a "spot of tea" at La-Tea-Da on Alexander Street.
Dodge the flying squashes sent aloft in the Pumpkin Launch.
Infiltrate an Engineering Student Social.
Argue over which country— Canada or the U.S.—has the better view of Niagara Falls after a daytrip to the scenic landmark.
Fall asleep in the Welles-Brown Room.
Climb the "tree-of-life" in Genesee Valley Park. 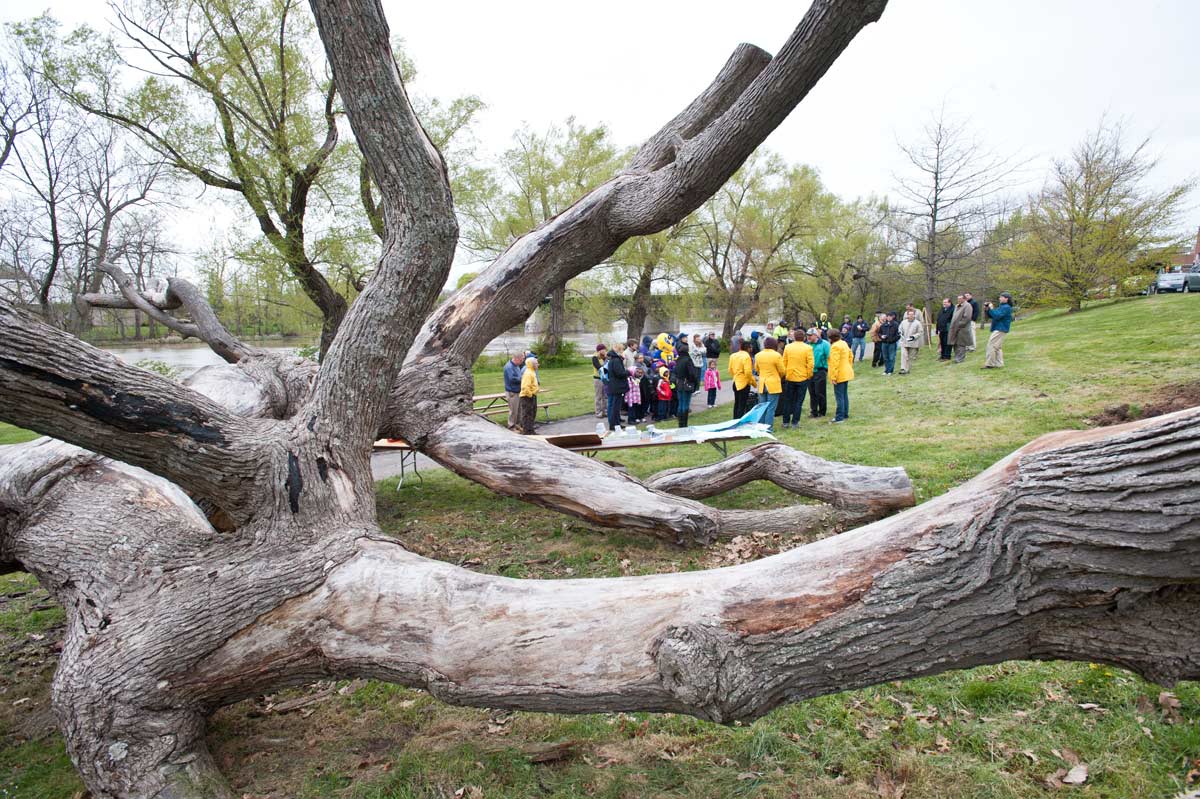 Get on the air at WRUR.
Fully grasp the meaning of the term "wind chill."
Stay late after spring semester to go to the Lilac Festival.
Indulge in a melt and milkshake at Jay's Diner.
Walk or bike along the Erie Canal trail.
Take a wine tour in the Finger Lakes.
Join Wegmans Shoppers Club.
Tray down the hill behind Susan B. Anthony halls. 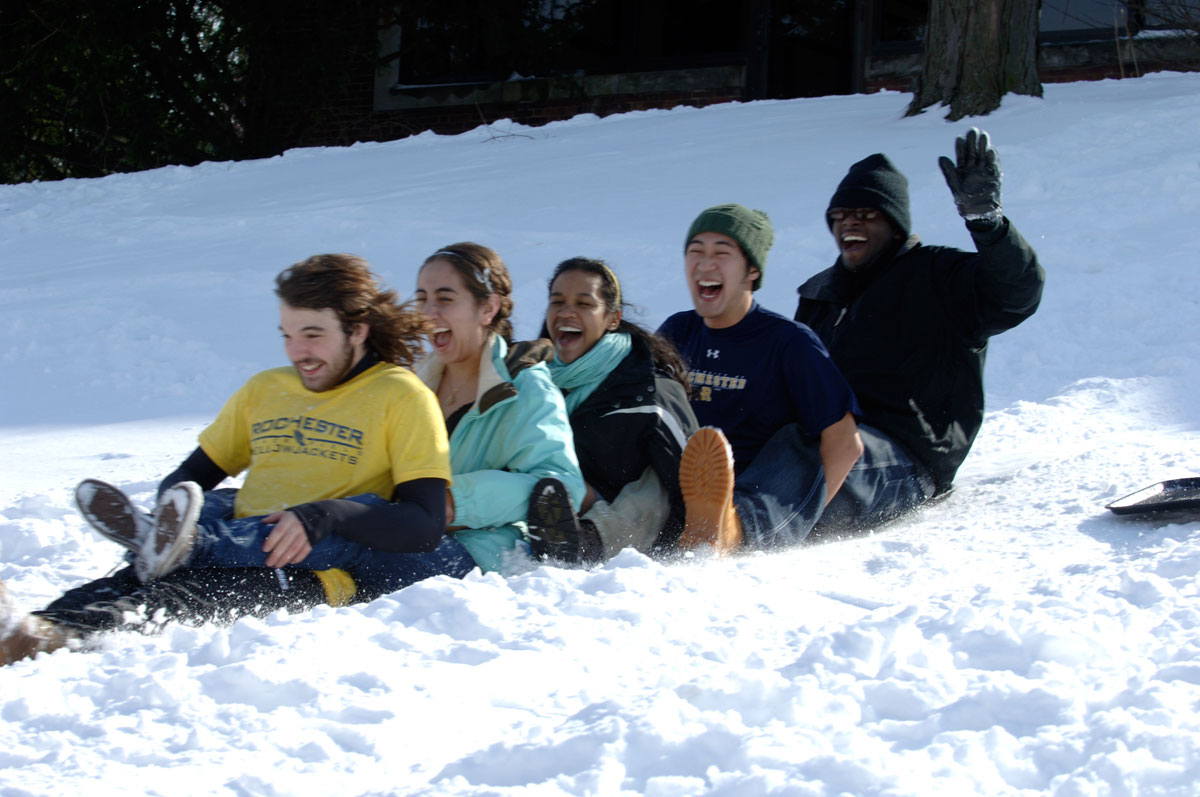 See The Vagina Monologues.
Catch a late-night laser show at the Rochester Museum and Science Center's Strasenburgh Planetarium.
Tap your toes to an a cappella concert.
Get delicious food at Wilson Commons Wednesday.
Write an editorial for the Campus Times.
Listen to live music at Starbucks.
Fool around in the Stacks.
Have a picnic at Genesee Valley or Highland parks.
Enjoy the snow—start a snowball fight on the Quad, build a snowman on the field at Fauver. 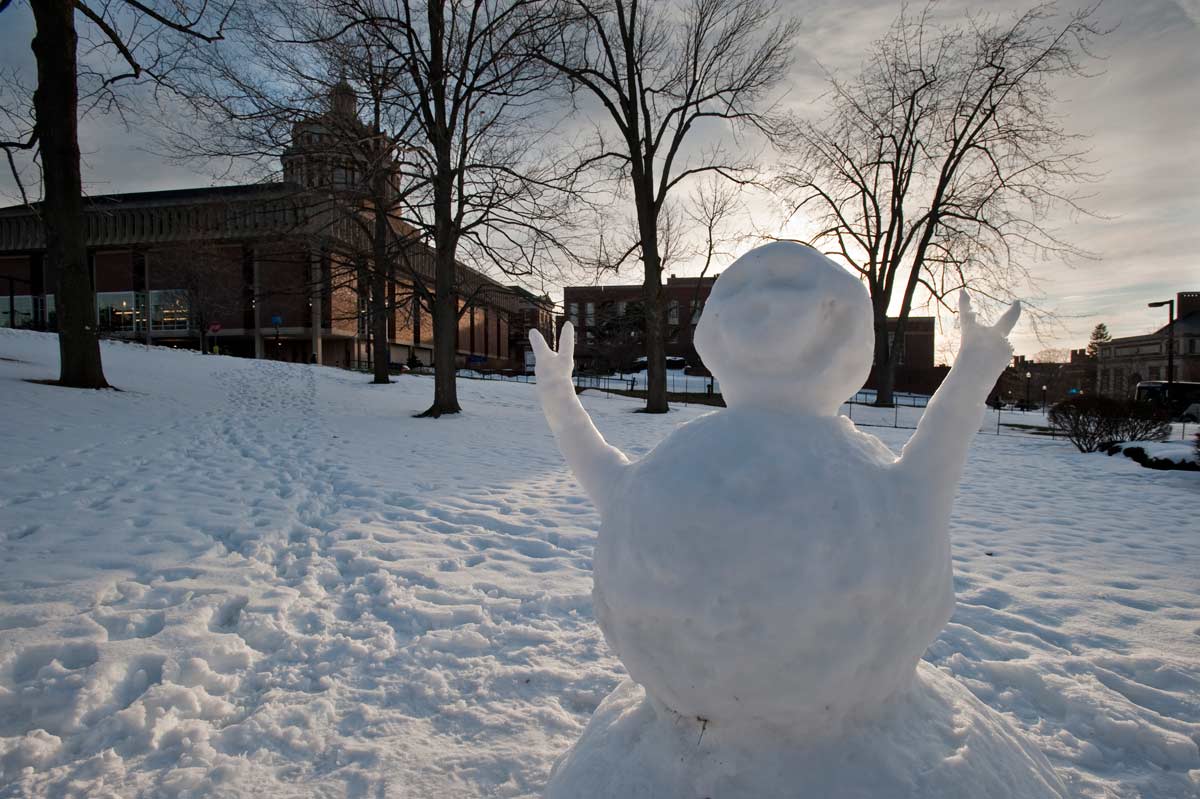 Ride the "mind eraser" roller coaster at Darien Lake theme park.
Do research with a professor during the summer or outside of class time.
Walk in George Eastman's footsteps at the George Eastman House.
Meet Mr. or Mrs. Right (if only briefly).
See a production at Todd Theatre.
Hear—or better yet, perform in—a concert in Kodak Hall at Eastman Theatre.
Dig in at Dinosaur Bar-B-Que.
Explore the shops on Park Ave.
Cheer on the Yellowjackets at the Courage Bowl. 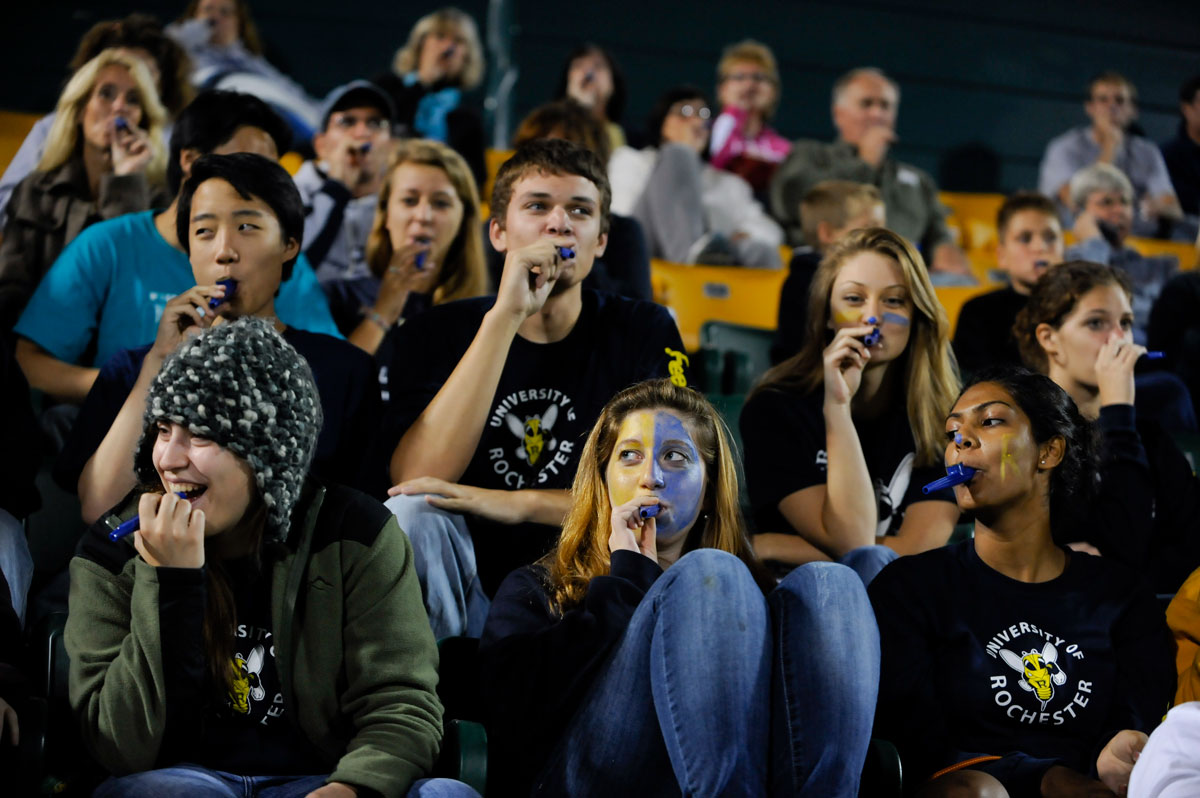 See an exhibition at the Memorial Art Gallery.
Go to the Public Market and take advantage of the unlimited free samples at the European cheese shop.
Eat at Lento's in Village Gate.
Get a food special named after you at the Orchestra Pit at Eastman.
Rent a City Cycles bike and ride to Lake Ontario.
Watch a game, drink beer, and eat wings at the Distillery.
Find out where your student fee money goes by attending a Students' Association Senate meeting.
Catch up on relatively new releases at "dollar Tuesdays" at the Movies 10 cinema.
Paint the tunnel underneath the Eastman Quad. 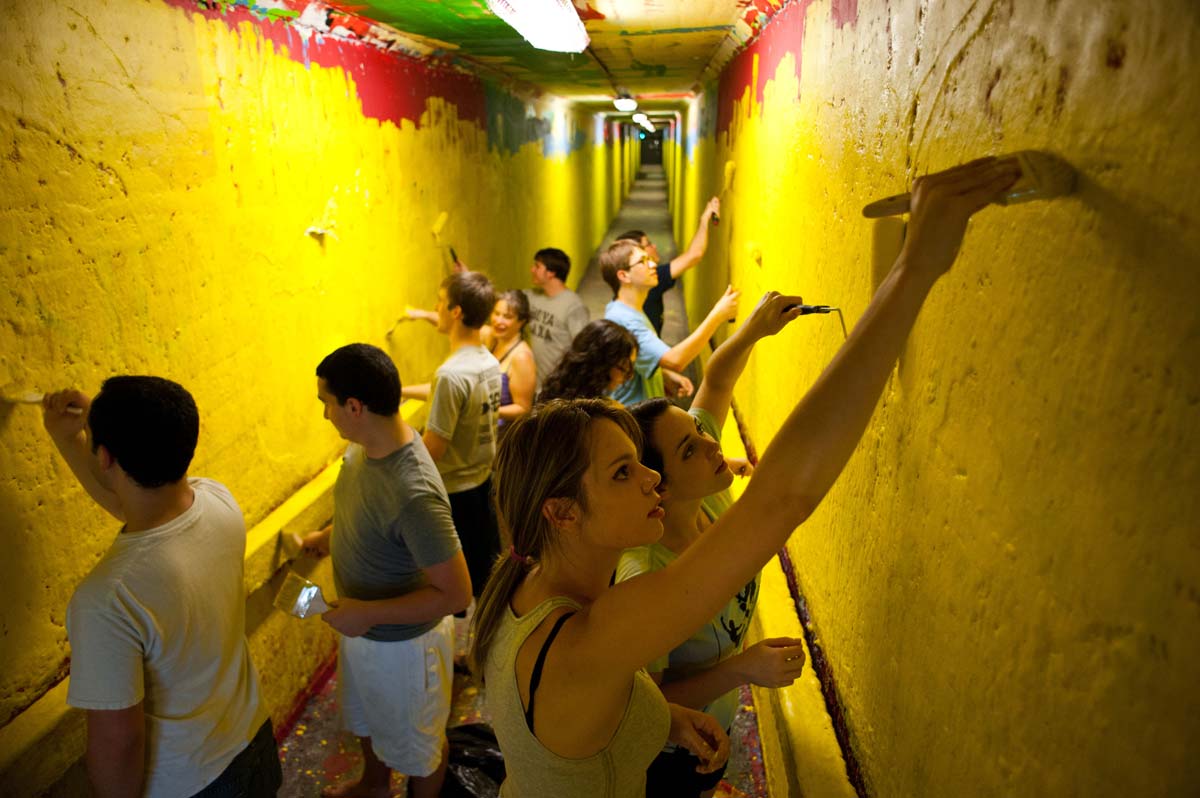 Study abroad.
If you're an Eastman student, make it through your jury examinations at the end of each year.
If you're in the College, complete a cluster that you designed yourself.
Play intramural floor hockey.
Make friends with Dawn, the world's nicest Dining Services worker.
Watch the basketball teams play Wash U.
Volunteer in the city of Rochester.
Enjoy the view from the top of Cobb's Hill.
Stay in Rochester over the summer.
Read on the balcony of the Messinger Periodical Reading Room. 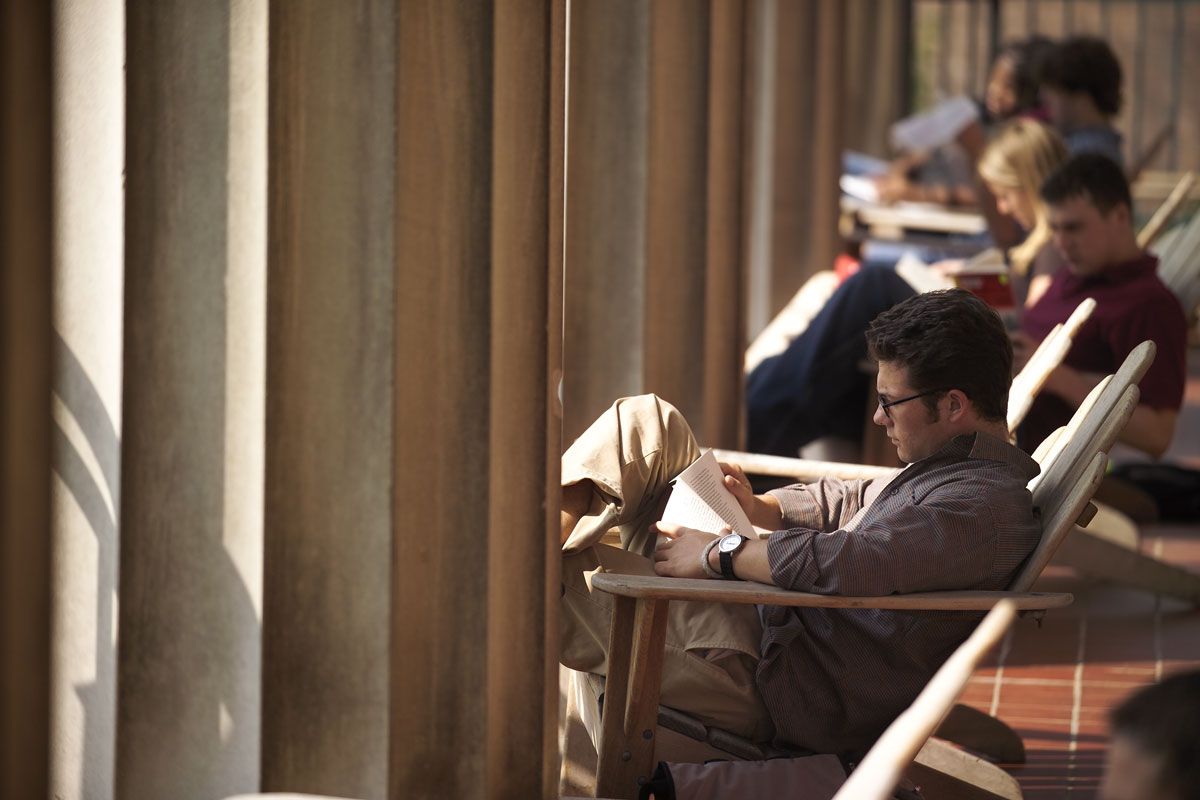 Go to "dollar dog and beer night" at an Amerks or Red Wings game.
Find the hidden elevator in Meliora Hall.
Check out the "Grand Canyon of the East" at Letchworth State Park.
Take a picture at Strong Museum of Play for your Facebook profile.
If you're hungover, drag yourself to Danforth brunch and eat until you're in a food coma.
Sit at Java's coffeehouse until they kick you out.
Attend the keynote lectures at Meliora Weekend.
Go to ChiFriday at Chi Phi Fraternity.
Take a class with Jim Memmott in the English department.
Play Frisbee on the Quad.
Waste the first day of sunshine in the spring doing nothing on the Eastman Quad. 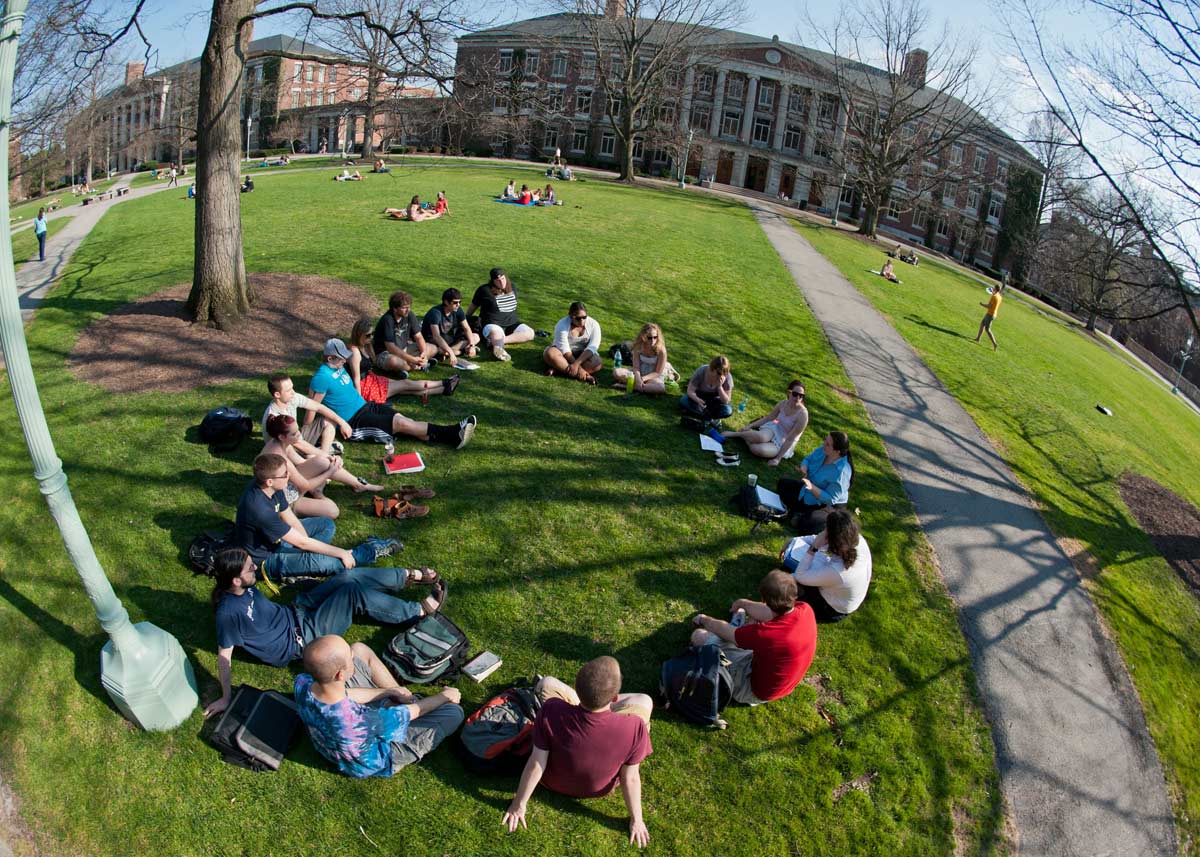 Use the motto Meliora properly.
Tour architectural and historic sites in Rochester with Urban Exploring.
Rack up delinquent overdue status at Sibley Music Library.
Attend an academic conference about a subject you don't really understand.
Walk through the herb garden at the Rochester Museum and Science Center.
Visit the Susan B. Anthony House.
Sunbathe outside the Miller Center.
Get cheap drinks at Senior Nights.
Attempt to understand a squash game.
Make it to the Fraternity Quad on Dandelion Day. 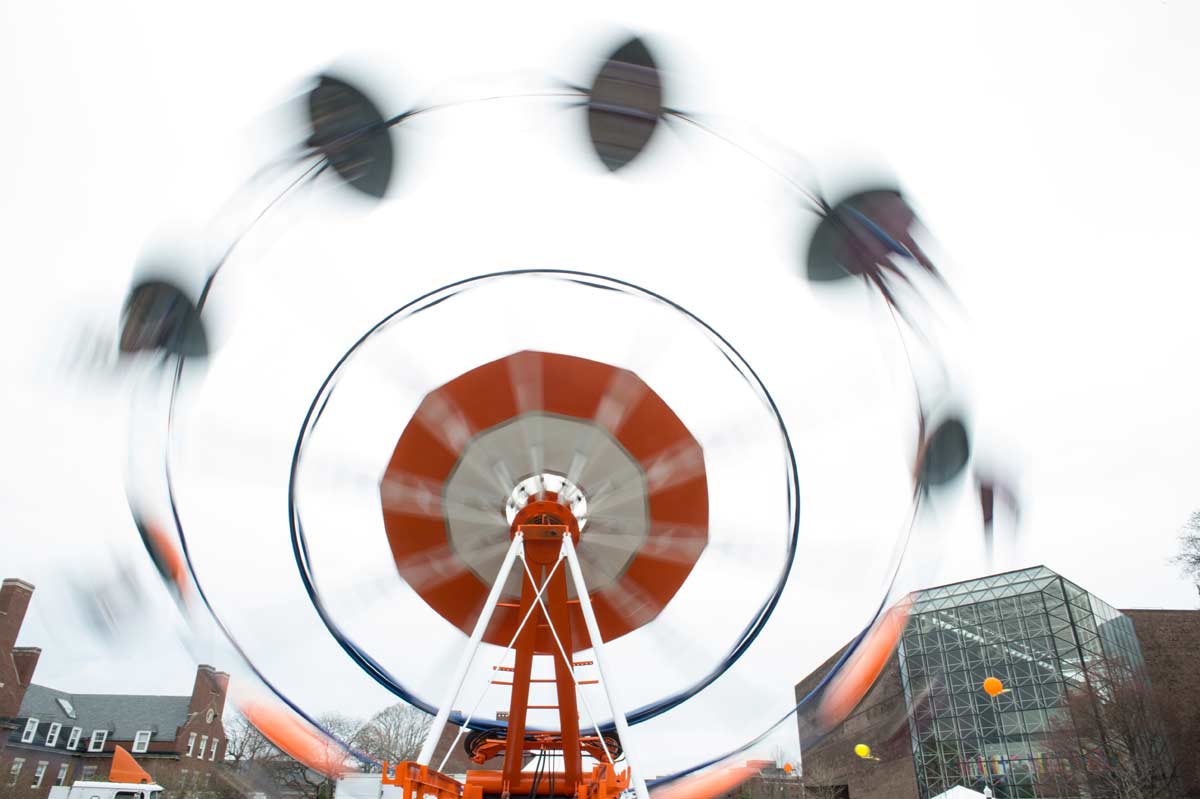 Grab a bite to eat at John's Tex-Mex Eatery, a burrito joint on South Avenue.
Drink and schmooze with professors at Club Rochester.
Get really involved with a club, sport, fraternity, sorority, or student organization.
Change your major at least three times.
Find that watching Hour of Power on URTV has become a habit.
Take a test where the mean is 23 out of 150.
Try to explain the Eastman School to a Rochester resident.
Find the old pool full of desks in Spurrier Gym.
Go to the top of Rush Rhees Library on Halloween for the best view on campus. 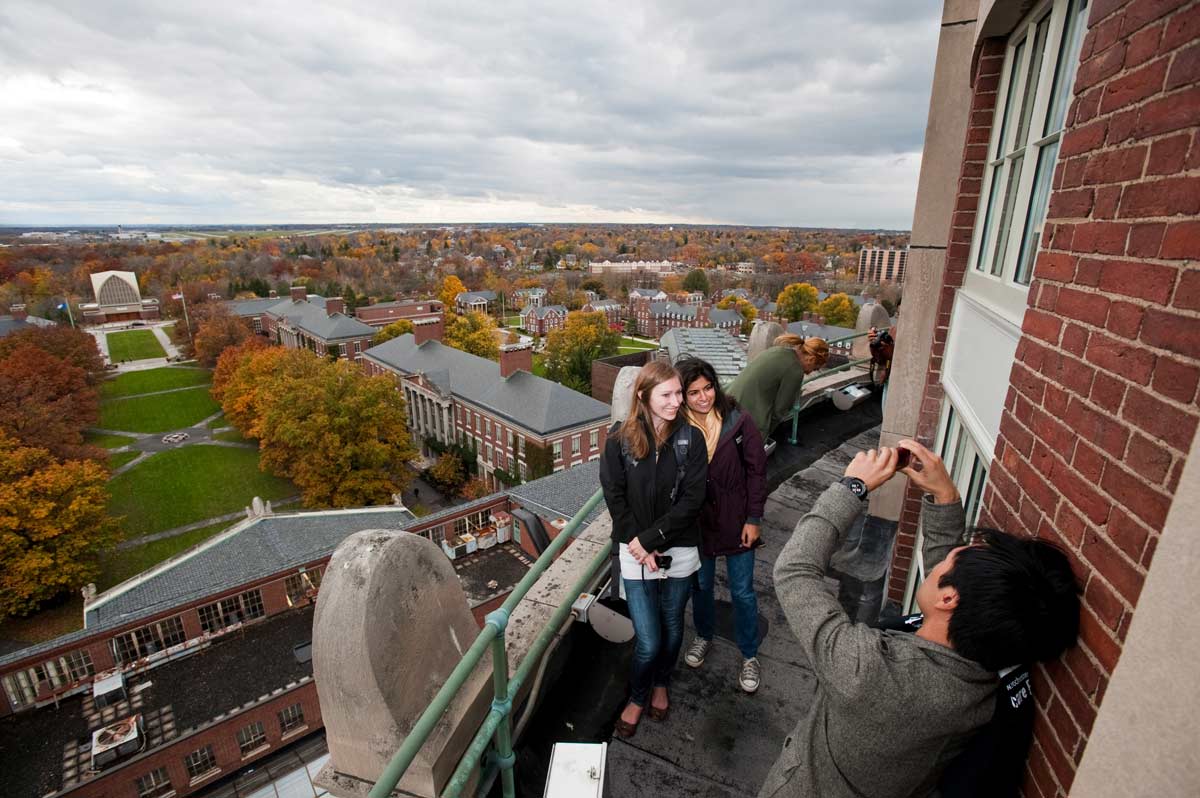 Climb up the fire escape on the side of Rush Rhees and stargaze.
Attend one presidential event at the Witmer House.
Enjoy the show—and the Indian food—at MELA.
Park your car on campus and successfully avoid getting a parking ticket.
Be a part of a midnight pickup game of soccer or Frisbee at Fauver Stadium.
Take a class with Douglas Brooks from the Department of Religion and Classics.
Say good-bye to good friends. 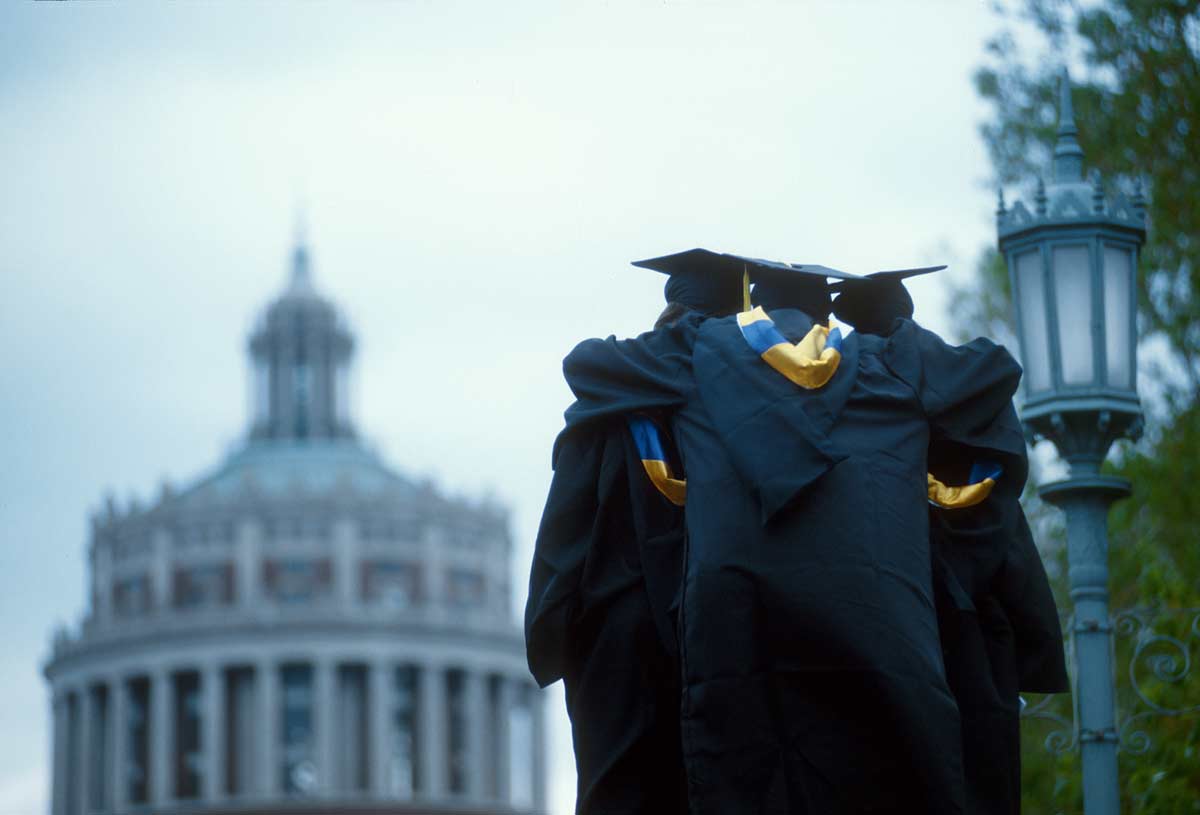 You have done 0 of 9999 things to do before you graduate.

In order to come up with our list of 101 Rochester musts, Dana Hilfinger '10 talked to several student leaders, interviewed students in the College and at Eastman, and drew on her own student experience.

Dana has packed a lot into her four years on campus. The English major from Ann Arbor, Mich., played varsity volleyball for two years, served as sports editor and editor-in-chief of the Campus Times, was a resident assistant, and has worked for both the sports information department and the Career Center. 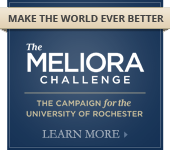