We are days away from finding out which titles made the 2019 BTBA longlist! In the meantime, here’s a post from Katarzyna (Kasia) Bartoszyńska, an English professor at Monmouth College, a translator (from Polish to English), and a former bookseller at the Seminary Co-op Bookstore in Chicago.

There are simply too many good books this year, what is to be done? The longlist can only hold 25, which means that inevitably, some books that I loved will not find a place there. Here are some of my favorites, which might not make the cut: 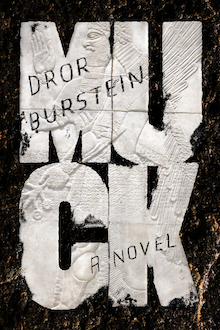 Muck by Dror Burstein, translated by Gabriel Levin. Some books are like planets, dense with place and time and meaning. Muck is an astonishing story, a retelling of the Book of Jeremiah, the ancient world colliding noisily with the contemporary in a shock of misery and humor. It is such a strange and unexpected book, surreal, exuberant, and woeful all at once. It’s the kind of novel that sucks you in so strongly that its world, bizarre though it be, comes to feel more real than your own. 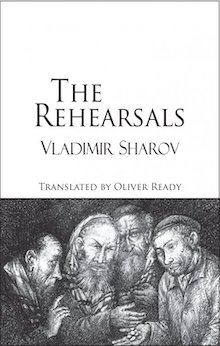 Rehearsals by Vladimir Sharov, translated by Oliver Ready. I mentioned this one months ago, in my first post, and it did not disappoint. I was frankly astonished to read something so strongly reminiscent of Dostoevsky: a weighty, metaphysical, brooding story (and a deeply disturbing one). Rehearsals describes a director charged with putting on a play about the life of Christ in medieval Russia, casting a group of peasants who come to believe that they are no longer playing a role, but truly bringing about the return of the Messiah. It’s a horrifying look at the deep veins of anti-Semitism running through Christianity, but also an incredible meditation on faith and performance. 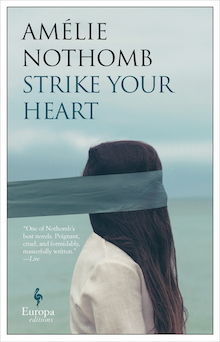 Strike Your Heart by Amélie Nothomb, translated by Alison Anderson. I’ve been an Amélie Nothomb fan ever since I read Fear and Trembling. Her cruel wit and flat affect can be a bit much at times, if not properly leavened with a sense of human warmth, but this novel finds the balance more successfully than some of her other works. The story of a woman whose mother does not love her, who pursues an affair where she is similarly undervalued, it’s a surprisingly gripping account of jealousy and perseverance. 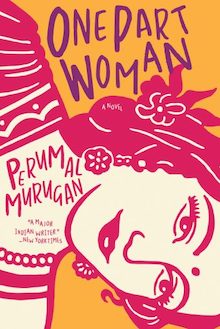 One Part Woman by Perumal Murugan, translated by Aniruddhan Vasudevan. India was rocked by the scandal of this book, the story of a couple struggling to conceive, and the toll it takes on their relationship. I loved the novel’s subtle illumination of the myriad social pressures couples face to reproduce (many of which are just as strong in the US), and the way it took seriously the possibility that there are advantages to not doing so. And I relished the frank pleasure they took in each other, even as disappointment and frustration threatened to tear them apart. The struggle against a tradition experienced as oppressive can seem like a cliché of non-Western lit, but this novel renders it both compelling and deeply relatable. 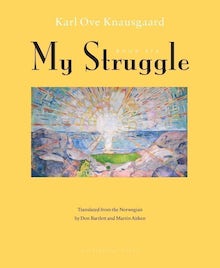 My Struggle: Book Six by Karl Ove Knausguaard, translated by Don Bartlett. Look, I get why people don’t like these books (full disclosure: I haven’t read 2-5). They are appallingly narcissistic (and sometimes just appalling); testaments to the hysterical masculinity (to borrow Dan Sinykin’s term) of a deeply insecure and utterly arrogant man. And yet . . . there is something absolutely magnetic about Knausgaard’s chronicling of the mundane quotidian; the way he vacillates between detailed ponderings on Paul Celan to descriptions of his interactions with the cashier selling him cigarettes, or conversations with his toddler. His enthralled awe at the wondrous world of ideas, and fumbling attempts to grapple with the immensity of history, coupled with his anguished reckonings of his own selfish cruelty, were deeply (troublingly) familiar to me, and I was absolutely mesmerized. This book is truly an incredible attempt to think life, fiction, realism, and relationships.