Women in Translation by Country

Since I skipped last week, I’m going to post a few WITMonth infographics this week, starting with the three charts below. But first, a bit of methodology and explanation.

I was curious about which countries were the most balanced in terms of books in translation written by men and women. We know from the earlier infographic that there’s quite a gap between books in translation originally written by men, and those written by women–but how does that track across various countries and languages? Are there areas of the world in which more books by women are translated into English, and areas that are appallingly misbalanced? Time to turn to the Translation Database for some clarity!

To try and eliminate small sample problems, I decided to focus on all sixteen countries that have had more than 100 works of fiction and poetry translated into English over the lifetime of the Translation Database (since January 2008). Then, I tallied the number of books by men and women from these sixteen countries, and ranked them in descending order, from the ones with the highest percentage of books by women, to the lowest. 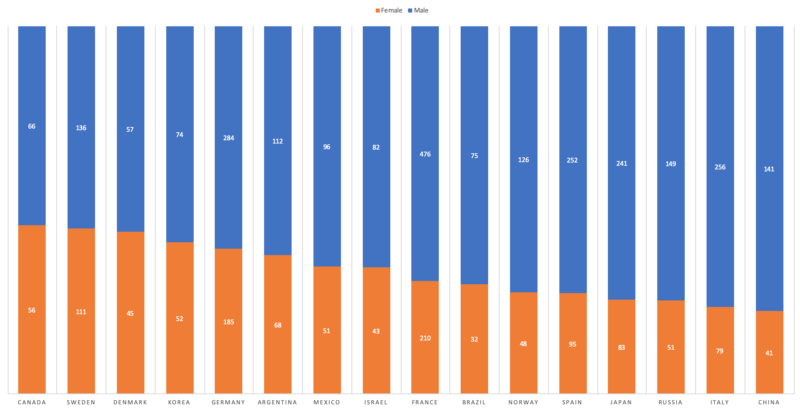 This chart equalizes everything at 100% so that it’s easier to see how the percentage of books written by women declines from a high water mark of 45.9% for titles from Canada (mostly Quebec) down to a rough 22.5% for works of fiction and poetry from China.

Personally, I’m not all that surprised that Sweden, Denmark, and Korea fared so well, but am a bit surprised at where Norway is on this chart, and Italy. (Although maybe not surprised about Italy. For every Ferrante published, there are like 75 new Andrea Camilleri titles.)

To make the raw numbers stand out a bit more, here’s a chart detailing the number of titles by men and women from these countries. It’s dumb that not one of them has more books by women in translation than men, and some of these gaps seem almost comical. (Looking at you, France.) 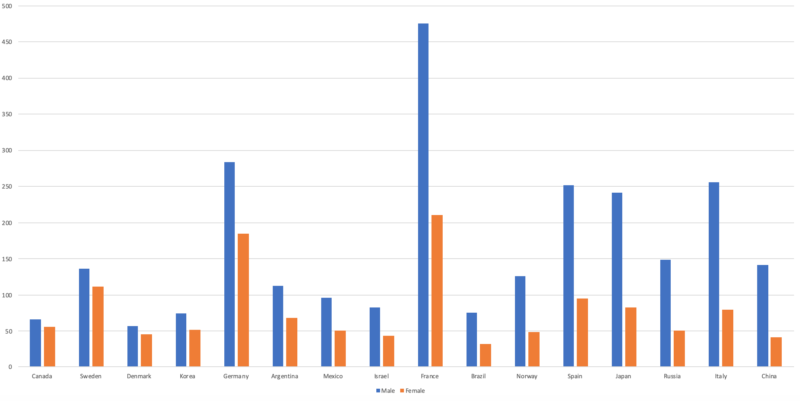 Both of those are great, but what does it look like in the aggregate? Since these are the sixteen most frequently translated countries, then they’re likely to have an outsized influence on the makeup of books in translation as a whole. So here’s a pie chart that clearly demonstrates just how imbalanced the situation is at the very top. 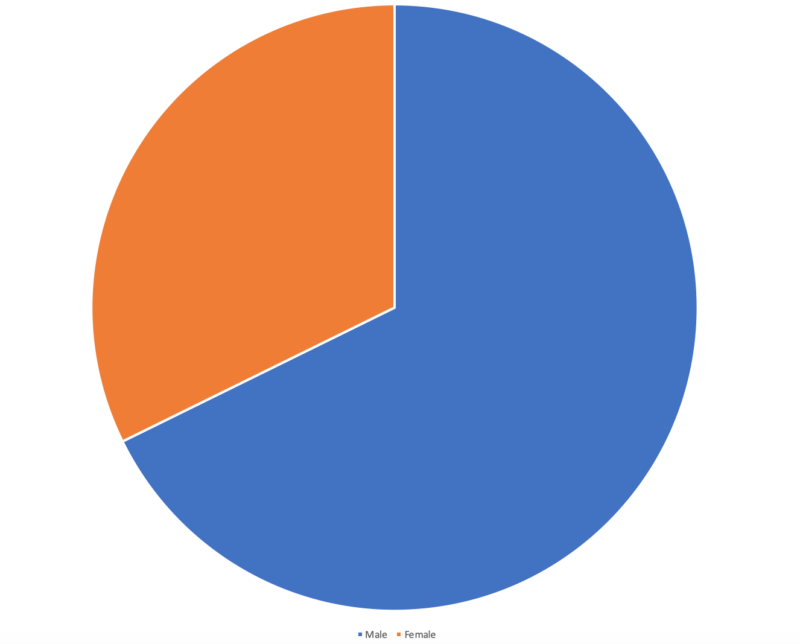 Oof. It doesn’t take a degree in data science—or even the raw numbers—to know that this is not very encouraging.

But what are the raw numbers? I’m glad you asked! 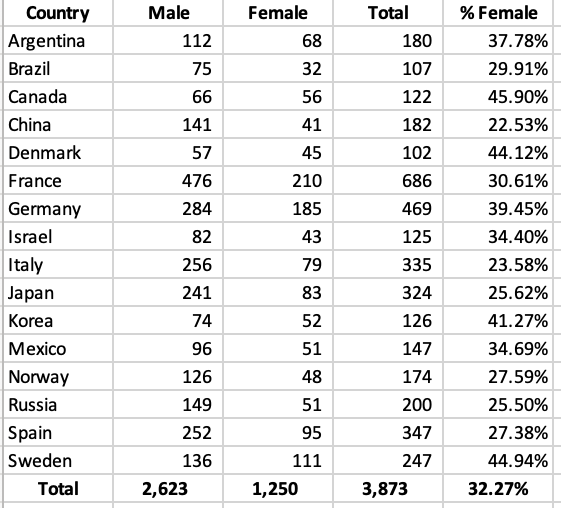 One response to “Women in Translation by Country”