As part of our ongoing series of short interviews featuring the people who helped bring great new translations to the reading public, we talked to Michael Holtmann, the executive director and publisher of the Center for the Art of Translation and Two Lines. 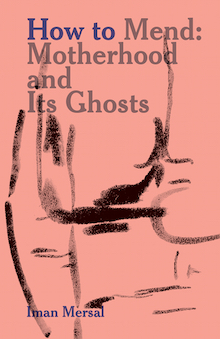 Before getting into the interview, I wanted to point out a few of the poets I really liked . . . But, well, I can’t find the book now! I was really impressed by the whole collection, but the one that stood out the most to me was Iman Mersal. Mersal is from Egypt and has been featured on Words Without Borders. She also has two other books published in English translation, These Are Not Oranges, My Love, translated from the Arabic by Khaled Mattawa, and (the book that really caught my eye) How to Mend: Motherhood and Its Ghosts, translated by Robin Moger. (Moger also translated a number of poems in Home.)

I’ll add more whenever the book turns up . . . but for now, here are some thoughts from Michael Holtman!

1) What is the origin of The Calico Series?

After 25 years of publishing the print journal Two Lines, the cornerstone of the Center for the Art of Translation and the inspiration behind Two Lines Press, we saw two different trends emerging. First, with a charged up editorial board pursuing provocative special features (“The Japanese Vanguard” in Two Lines 29; “The Future of Translation” in Two Lines 30, our 25th Anniversary Issue; and “Hauntings” in Two Lines 31), we found ourselves most excited about expanding those curated sections into whole books. Second, we wanted to make sure new work, along with its writers and translators, got the attention it deserves. We want it to be read and reviewed as seriously as our books, a considerable challenge for a literary journal. (A lot of the energy of literary magazines driving discovery has largely moved online, and that seems like the better place for us to continue the tradition of the Two Lines journal.) With these dynamics pushing us forward, we launched the Calico Series, which is designed to explore different facets of contemporary literature, where each new edition can offer the voices of previously inaccessible, highly innovative writers from around the world today. 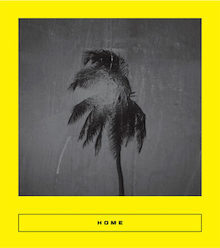 The Calico Series offers us an open-ended, experimental space where we can challenge the expectations of our readers and ourselves. Although we’ve published poems in Two Lines since the journal’s inception, we were eager to take advantage of the new opportunity to publish an entire volume of poetry. With Home, we set out to reframe and complicate the way Arabic literature tends to be published and read in the United States. Instead of seeking the voices of war-torn conflict or emphasizing veiled lives, we set out to find contemporary poets reflecting intimately on language, love, and domestic life. I like the way we describe it on the book: “The worlds these poets traverse are not devoid of politics, wars, and global migrations, and yet by taking the minutiae of everyday life as their subject they remind us of the need to periodically turn inward and find meaning in the specific and deeply personal.” All of which seems especially apropos in 2020.

3) What did you learn as a reader or editor while working on this book?

In the early stages of Home, as Series Editor Sarah Coolidge was looking for translators to solicit, she relied on the Translation Database to identify which Arabic poets had already been published in English translation and which translators had translated them. Her goal early on was to ensure that female poets were fairly represented in this collection, and the result of her search was shocking: of the 52 Arabic poetry books published in English, only 10 were by female poets. Even if these numbers don’t represent the full extent of what is out there, they fortified her determination to feature a roster of dynamic, talented female poets in Home. Also, although it is rich and expansive and spans the globe, we tend to assign Arabic literature a very narrow space in our imaginations. We forget how widely Arabic is spoken across the world—274 million people speak Arabic, almost as many people as speak French—which makes it gratifying to showcase writers from Egypt, Iraq, Kuwait, Lebanon, Palestine, Saudia Arabia, Syria, and Tunisia. 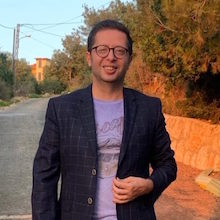 4) Why should readers pick this up?

I mean: it’s a stunning little book. How could any curious reader resist it? Honestly, this is the sort of book I’m always looking for: it’s elegant and approachable but full of daring and surprise. It charms you, seduces you, challenges you. As Mohamed Nassereddine, as translated by Huda Fakhreddine, puts it in the poem “Dogs,” the “words line up like trained dogs / and spread out in search of dynamite, / their teeth aimed / at my heart.”

5) If someone likes Home, what should they read next? Or, is there a related book forthcoming from Two Lines?

If you find yourself dazzled by Home, our next Calico, coming in March 2021, is Elemental, a prose collection linked by writers responding to the physical and mystical power of the earth. Magical stones, mighty rains, stubborn ruins, overpowering winds, blinding snow: it’s awesome in every sense. For readers keen to read more great work from Arabic, we’ll publish the Egyptian writer Mohamed Kheir’s Slipping, translated by Robin Moger, in June 2021. Set before and after the Arab Spring, it’s an evocative, entrancing novel. There’s always more good work to come.