Thanks to AWP I’m a few days behind in my April posts, but as will be explained in full tomorrow, this month’s main focus is going to be on nonfiction in translation. Our nonfiction titles are 30% off all month (use NONFICTION at checkout), and I’ll be writing a lot about recent nonfiction titles, various trends, and why my statistics are incomplete (and what you can do to make them more complete). In addition, I have a few interviews lined up—some written, some bonus episodes of the podcast. So stay tuned!
Also, I have two really fun/goofy ideas for posts that I think people will like. And a follow-up to the International Writers Hall of Fame. VOTE NOW!
Busy month! And I haven’t even mentioned season eight of the Two Month Review featuring Sjón’s CoDex 1962 . . .
Anyway, here’s an interview with Michael Reynolds of Europa Editions on their new nonfiction series. 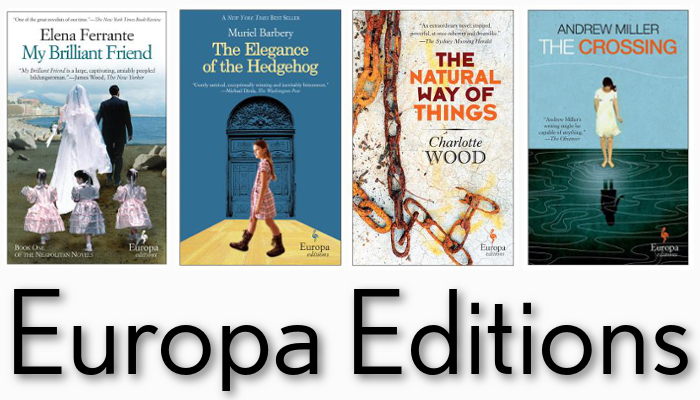 Chad W. Post: What prompted Europa’s decision to start a line of nonfiction in translation?

Michael Reynolds: As always, a combination of factors. Personal tastes and interests first of all. Several of us in-house are or have become of late avid readers of short- and long-form nonfiction, and as editors or publishers, whenever you’re reading something great, you can’t escape the “I wish I could publish/had published this” feeling. When those books are part of an entire genre that you’re not currently publishing in, well, you have to create a new imprint! 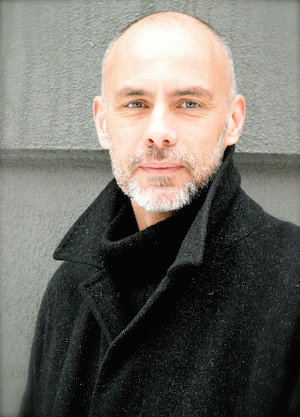 Probably one of the reasons we are reading so much narrative nonfiction is because there is a prevailing global sense of philosophical or idealogical disorientation at the moment. Politically, it’s a shit show. Culturally, things are shifting dramatically, in most cases in a positive direction, but this still creates confusion and kind of cultural light-headedness. There are global crises — global to a degree that crises never have been before — that make the ground beneath our feet quake. These kinds of things render is eager for answers, or at least guidance, or, somehow paradoxically, alternative viewpoints. I will always think that the best books in which to “find answers” are novels. But finding answers in fiction is hard work, the work of a lifetime, and right now I’m finding it necessary to strike a more even balance in my own reading between fiction and nonfiction, in order to keep myself grounded, in a way. And the gamble with Compass is that I’m not alone. The Compass titles will be very much geared to the kinds of readers who also enjoy the fiction titles on our list. They will be very narrative, informative, erudite, most of all, entertaining, but will address some big questions more directly than our fiction titles seem to do.
Another reason we’re interesting in publishing international nonfiction is the dire paucity of nonfiction in translation in the American market. I mean, you and I both know how tragic the situation is for fiction and poetry in translation. It’s ten times worse for nonfiction (and 100 times worse for YA and middle grade in translation). As the translator Esther Allen recently commented—it really resonated with me—this leaves readers with the impression that fact is the sole property of English (I’m paraphrasing). I felt that addressing that paucity fit with the conversation that Europa has been attempting to have with readers here for the past fifteen years.
Finally, two considerations: the quality of nonfiction being written these days—It’s just astounding how much great work in this area is out there—and the fact that most of it is being written in languages other than English, and written in ways that by and large are not being adopted or utilized by Anglo-American writers of nonfiction. The possibility of injecting the American market and American writing with a shot of new narrative models for nonfiction is exciting.
CWP: Is there a particular type of nonfiction book that you’re seeking out? 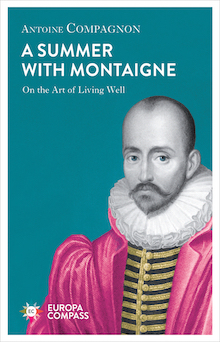 MR: We’re starting out with subjects ranging from pop-history, philosophy, and art history to literary travel writing and subjects of general interest written by scholars, journos, and experts in their respective fields with a talent for storytelling. It’s got to be very narrative, for, as I said, we’re hoping to bridge between general fiction- narrative nonfiction-readers. Most of the books we’ll be bring out with Compass will be on the shorter side—under 200 pp. This is a form that has a long, illustrious tradition in many parts of the world (and one that I love) and, I think, has been catching on in this market of late.
CWP: Do you have any sense of how nonfiction in translation is received compared to fiction?

MR: Not yet! I’ll let you know when I do have an idea.

CWP: What specific challenges do you see with launching a new line of this sort?

MR: Many nonfiction titles in this market do well because their authors have a strong, preexisting platform — they’re talking heads, university professors, online celebrities, rich people with influence, etc. It’s not really the strength of their writing or the force of their ideas that make the books successful. The books and book sales are just sort of accessories to a successful rise to celebrity status thanks to other endeavors. There are notable exceptions of course, indeed too many to list.

At least in terms of our nonfiction titles in translation, we don’t anticipate having the luxury of that kind of author platform. So, that’s going to be a challenge. That said, most of our fiction authors are either “absent,” reticent, anonymous, or have names that are impossible to pronounce, and things are going okay so far. So, we’re optimistic.
CWP: Speculate widely about this statement: The market for fiction in translation is saturated; more publishers will be expanding into nonfiction, YA, and kids books over the next decade. 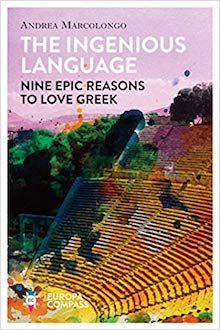 MR: No, I don’t think the market for fiction in translation is saturated. Perhaps the market is saturated for fiction . . . or for books . . . in general. There is no denying that publishers are publishing waaaay too many books and this makes it difficult for anything of any real quality to emerge, remain, and create consensus and/or conversation. In this, our industry is playing into and fomenting the general sense of atomization and disintegration and we should stop it! But fiction in translation is hardly the culprit. I think publishers of works in translation will start branching into other genres because it’s time, because it’s part of the process of normalization of the market and its relationship to international works.

CWP: Which titles do you have lined up for your series?

MR: A Summer with Montaigne—Antoine Compagnon spends a summer reading and reflecting on Montaigne, in 30 short chapters he takes readers on a stroll through key moments, key points/.

Out of Italy—The cultural, social, political and economic factors that allowed an unruly aggregation of city-states to become, during the Italian Renaissance, the center of the westerners world and exert an outsized influenced on modernity. 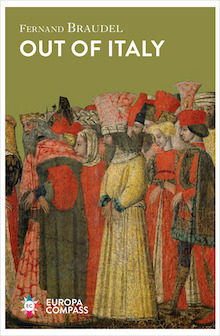 The Ingenious Language: Nine Epic Reasons to Love Greek (via nine of its most intriguing quirks). A surprise and mega bestseller in Italy, by Andrea Marcolongo.
A New Sublime: Ten Lessons on the Classics by Italian classicist Pietro Boitani.
Berezina by Sylvain Tesson—Four friends (2 French, 2 Russian) retrace Napoleon’s epic fail on motorbike and side car, reflections on history and modern europa, friendship and adversity.
Tags: europa editions, michael reynolds, nonfiction in translation