Moon Brow [Why This Book Should Win] 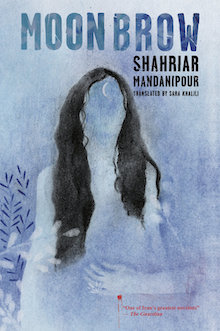 An Iranian soldier is wounded, both physically and emotionally, in the Iran-Iraq War. The soldier, Amir, has had his arm amputated and suffers from severe Post Traumatic Stress Disorder. He is missing large chunks of memory. When his mother and sister find him in a military psychiatric hospital, he is registered under a false name. They bring him home, but he both is and isn’t the man they remember. With only a dream about a beautiful woman he does not recognize to guide him, Amir sets out to discover what happened to him and whether the titular Moon Brow, the name he gives his mystery woman, actually exists. 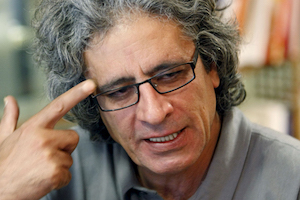 Mandanipour sifts through the rubble of Amir’s mind seeking the truth, and in this labor he is assisted by the Kiramen-Katibin. In Islam, these “honorable scribes” are two angels who sit on our shoulders and record our every action. The one who sits on your right shoulder writes down your good deeds, while the one who sits on the left writes down the bad. On the Day of Judgement, they recount to Allah all they have seen.

These two angels become a structural device, providing the memories of record which reveal the kind of man Amir was before his injuries. In a series of non-sequential flashbacks, we meet a spoiled and entitled rich kid who, when faced with the personal and political turmoil of Iran in the 1980s, joins the military not out of a sense of patriotism or duty but to run away. Amir’s is an act of rebellion, designed as much to punish his family as to escape them. A gesture rendered irrelevant when he returns, unable to communicate any of these things. He does not remember his reasons. Or his actions. Or what lessons he has learned. And so he lashes out, psychologically incapable of using words to explain the eruption of emotions he struggles with.

This is a riveting book, beautifully translated by Sarah Khalili. Its intensity is as much a result of her familiarity with Mandanipour’s prose (this is their second collaboration) as from the interesting structural decisions Mandanipour makes. Amir and the reader solve the mystery of his past together. The slow release of information, combined with Amir’s fragile mental state, makes for a tense first half. But in the second, when all is revealed, we get a sense of the author’s genius. 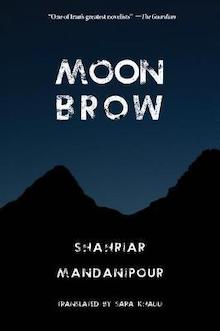 Why should this book win The Best Translated Book Award? Because, in addition to having a narrative structure that would dazzle even John McPhee, it features a protagonist who is neither particularly good or entirely evil. A man who has probably harmed more people in his life than he’s helped. Who rails at his fate, without acknowledging the ways in which he’s been blessed. Who, in opposition to every plot convention, receives no story arc of redemption. Amir is left to make his way through this world as best he can. Just like the rest of us.

Justice is not binary. The Honorable Scribes’ reports are statements of fact. And once we understand that, we see Amir’s life should be examined and judged in its fullness and complexity. To simply to weigh the good versus bad would be reductive. This is a love story which recognizes that individuals act within a moral spectrum. And that our intentions matter as much, or as little, as our deeds. Any grace we receive cannot be earned, only arrived at through seeking the truth and accepting the tragedy of our shared humanity. By any standard, and in any language, Moon Brow is a masterpiece.