The Governesses [Why This Book Should Win]

Pierce Alquist has a MA in Publishing and Writing from Emerson College and currently works in publishing in Boston. She is also a freelance book critic, writer, and Book Riot contributor. She can be found on Twitter @PierceAlquist and on Book Riot. 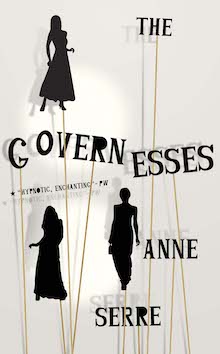 The Governesses by Anne Serre, translated from the French by Mark Hutchinson (France, New Directions)

It’s not every day you get to hunt in a household like this. There’s no quarry most of the time. This one will be tackled head-on, licked, bitten and devoured in a ladylike manner. And once he’s exhausted and has nothing further to offer, they’ll leave him. He’ll lie there like a babe in arms, naked on the sage-green meadow . . . They walk through the woods entwined in each other’s arms, their lips bruised and swollen, their bodies appeased at last. In the garden, the children have come out to play. They surround the governesses, cheering them on like victors returning from war. The boys dance all the way to the porch, then disappear with them into the wide, freezing corridor. 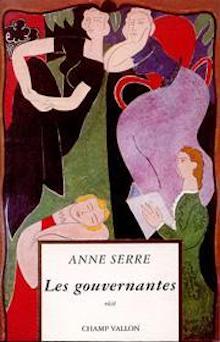 The Governesses is a gem—sexy, funny, smart, and cleverly translated by Mark Hutchinson. Don’t let its slimness fool you (it’s about 100 pages) this novella contains multitudes. It’s part fairy tale, part French fable, part comedy. Kirkus calls it “A sensualist, surrealist romp” writing that “each sentence evokes a dream logic both languid and circuitous as the governesses move through a fever of domesticity and sexual abandon.” Parul Sehgal in The New York Times describes it as, “an aria, and one delivered with perfect pitch.”

It’s unabashedly erotic and fun but it wouldn’t make it to the Best Translated Book Award longlist on those qualities alone. In its marketing copy, the book is described as an “intense, delicious meringue of a novel.” I liked that turn of phrase on my first reading of the book. I still do. It is true. Accurate. The Governesses is sweet, light—an indulgence. But a meringue, to me, implies only sweetness. Do you know that delightful sharp pain in your jaw when you consume something sour? It’s here too. The Governesses has bite to it. It stings. It makes you salivate.

Amidst the sexual abandon, is the sharp, the sour. As the governesses drift about the house and grounds they’re watched by the old man in the house next door through a telescope. They know he’s watching, they even sometimes tease and taunt him, but it is still disturbing. Men are ravished, devoured, before they even know what hit them. There’s violence here. In equal parts to elegance and beauty. It makes for a captivating and challenging read and I bet you’ll find yourself as fascinated by this novella as I was and am. But for now, because I’m just not as wicked as the governesses, I’ll leave you on one of those notes of graceful artistry.

Hiking around like this, they experience the kind of joy that makes you eager for life, and eager to lead a fuller life. Whenever they walked past a leafy green enclosure they felt, not that happiness was there in that leafy green enclosure, in the shade of the thick oak trees, but that happiness was like that, had the silent majesty of those leaves, the dimensions of that buoyant enclosure, the dreamy depths of its carpet of grass, and that they needed to have all these forces and qualities coursing through their life.