Disoriental [Why This Book Should Win]

James Crossley has stood behind the counter of one independent bookstore or another for more than fifteen years and is currently the manager of brand-new Madison Books in Seattle. His writing about literature appears on Three Percent, Full Stop, the Pacific Northwest Booksellers Association blog, and elsewhere on the web. 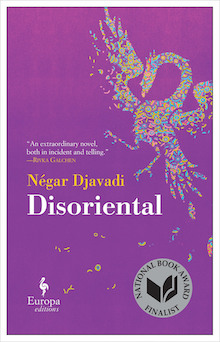 The only thing better than being a BTBA judge (or is it jurist?) is being a BTBA judge (or jurist) emeritus. We don’t have to read all 400+ eligible works of fiction but occasionally we get asked to give our opinions about the longlisted titles anyway, like I’m doing now. None of the hard work, all of the fun. Only retired Triple Crown thoroughbreds have a better gig than that. 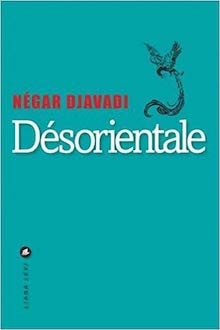 So I’m here to tell you which is this year’s Best Translated Book. Easy. It’s Disoriental by Négar Djavadi, translated by Tina Kover, published by Europa Editions. It’s a novel of expatriation and assimilation, of traditional families put asunder and new ones under construction. The story is told by Kimiâ, a young woman occupying a chair in a fertility clinic waiting room (under false pretenses) and reminiscing about the lifelong journey that has brought her from Iran to France and ultimately to a crucial decision about her future. It has the scope to encompass ancient Persian history, Tehranian politics during the revolution, and the contemporary punk-rock vie bohème in Paris. Trust me when I say it’s a hell of a good book.

But James, you say, there are a hell of a lot of hellaciously good books on this year’s BTBA longlist. To which I say, true, but this one is the best. To which you say, why should I believe you . . . whereupon I interrupt and say, look, as with any artistic decision, subjective criteria ultimately play a determinative role and there’s not much else I can do to convince you of the intrinsic merit of this book. I can, however, present you with some external factors that might sway you toward my point of view.

First off, Disoriental is translated from French. In the dozen years they’ve been handing out BTBAs, not once has the prize gone to a French-language original. No, not in poetry neither. Can you believe it? Considering the contribution France makes to the coffers of world literature every year, it’s statistically improbable to carry on this way. Give Djavadi and Korver the award and let’s redress this oversight. 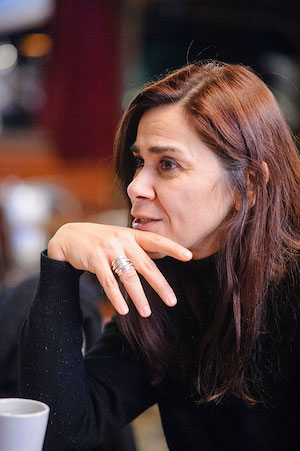 This is also an opportunity to strike a blow in defense of that mythical beast known as the average reader. The BTBA has a track record of supporting formally inventive, even experimental fiction from the likes of Can Xue, Rodrigo Fresán, and László Krasznahorkai, personal favorites and deserving winners all. While I love me some tortuously twisty post-post-modernist fractured fractal fragments, those are not everybody’s bag, and maybe it’s time for this award to acknowledge that. It is perfectly possible to write a marvelous book, even the best one of the year, while employing only tried-and-true traditional techniques, which Disoriental does. There’s storytelling here, and a wonderful overstuffing of incident, and there are characters that readers will relate to as friends, and scenic pageantry unfolds, and lessons are taught about Iran, and filmmaking, and French bureaucracy, and it all adds up the most rib-sticking feast on this year’s longlist. Won’t it be great when your mom’s book club picks a BTBA winner for their next meeting?

Let’s get even more superficial. We all know that Europa Editions publishes excellent books, but some people think that the covers of those books are sometimes . . . well, not good. No such controversy here. That lush purple! That dynamically posed Op art avian! Full marks for aesthetics, guys. And it’s going to look even better with a BTBA Winner sticker slapped on the front. Book it.