Negative Space [Why This Book Should Win]

Tess Lewis is a writer and translator from French and German. She is co-chair of the PEN America Translation Committee and serves as an Advisory Editor for the Hudson Review. Her translations have won a number of awards including the 2015 ACFNY Translation Prize and a Guggenheim Fellowship. 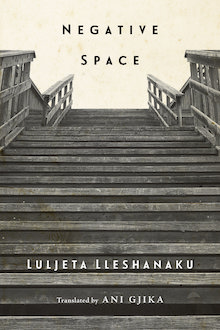 “Negative Space is always fertile,” we read in the title poem of Luljeta Lleshanaku’s latest collection in Ani Gjika’s crystalline translation. Indeed, this collection is fertile ground for thoughts physical and metaphysical. The wry, matter-of-fact tone that dominates these poems highlights all the more dramatically their subtle glimmers of import and nuance as well as flashes of insight. Lleshanaku’s poems are filled with striking and unexpected metaphors and similes that open new perspectives onto ordinary objects and reveal layers of meaning that have accrued to them. The poems in Negative Space offer a metaphysics of the ordinary, an epistemology of observation. 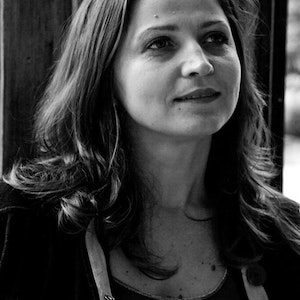 Trains approach small town stations “like ghosts, / the way a husband returning after midnight / slips under the covers, / keeping his cold feet at a distance.” Poetry books, “thin, sly, bought at discount prices” break apart “like crumbled bread thrown at swans in the park.” Fear retreats “like periodontal disease revealing the roots beneath gums.” Diphthongs on a blackboard rub “against one another like kittens.” And, most exquisitely, the hácek on the end of the poet Charles Simic’s name was washed away by the rain in transit when he left Serbia for the United States as a teenager.

His last name is pronounced differently

in his new language than in his mother tongue:

the final consonants hardened along the way

like cardboard boxes drenched on the deck of a ship

only to dry again under another sun.

Lleshanaku was born in 1968 in Albania under the ruthless dictatorship of Enver Hoxha, so rigid a Marxist-Leninist that he severed ties with the Soviet Union in 1961 after Kruschev’s “Secret Speech” and then cut off diplomatic relations with China, Albania’s last ally, in 1972 after Nixon’s visit. Politics—suffocating, corrosive—was all-pervasive in her childhood and early adulthood.

I grew up in a big house

where weakness and expressions of joy

And I was raised on the via politica

with the grease of yesterday’s glories, 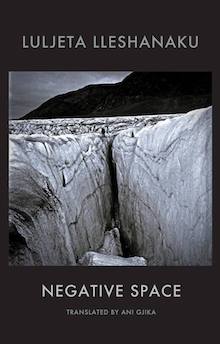 Some who survived those harsh decades, left “damaged like lottery numbers scratched away with a blade,” bore witness to their experiences and through their narratives created “their own grease.” Others emigrated and buried their “wretched survival . . . in the darkest crevices of their being.” But neither silence nor distance provides an escape from “annoying history,” the scent of which lingers indefinitely like perfume.

Absence and silence are not necessarily empty, but can, indeed, be made fertile.  The negative space left by relatives sent to prison, by words no longer to be said because of censorship, emotional or material constraints, by want was something Lleshanaku learned to read, to mine for significance. Yet the meaning and lessons she finds there are descriptive, not prescriptive. She could draw conclusions, but for whom? In “Children of Morality,” the poet announces that after receiving her first lessons in morality as a young child “without chewing them like cough syrup” she has learned so much more about it.

In fact, I actually could be a moralist,

pointing my index finger out as a rhetorical gesture.

But without referring to anyone. Where did everyone go?

This is urgent, resonant poetry, a bracing tonic in any age.