Pretty Things [Why This Book Should Win]

Giselle Robledo is a reader trying to infiltrate the book reviewer world. You can find her on Twitter at @Objetpetit_a_. 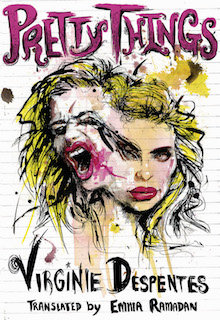 Virginie Despentes’s reputation rests on her ability to grab readers with enticing and controversial topics that are also incisive. She isn’t afraid to weave the ugly into her works. Her punk feminism tackles subjects of rape, pornography, and the precariousness of a sexualized femininity. Her recent trilogy, Vernon Subutex, has made her one of France’s most important contemporary writers. Books like Baise-Moi (1994) and her collection of essays, King Kong Theory (2006), are cult favorites that helped Despentes break into the mainstream. In the opening lines of King Kong Theory, Despentes identifies her audience and the thematic unity of her works: “I am writing as an ugly one for the ugly ones: the old hags, the dykes, the frigid, the unfucked, the unfuckable, the neurotics, the psychos, for all those girls who don’t get a look in the universal market of the consumable chick.”

Pretty Things (Feminist Press 2018), translated by Emma Ramadan, is a take on the ideas espoused in her essays; it concerns itself with capitalism, the sexualization of the female body and the internal and external violence that these elements can generate. At first Pretty Things can be a difficult read. The characters seem cruel and detached, self-serving Parisians up to no good. When we first meet Claudine and Nicolas, they are plotting to use Claudine’s twin sister, Pauline, as a stand-in for her in singing auditions. Claudine’s dream is to become pop star, but she is the pretty one, while Pauline is the talented sister. 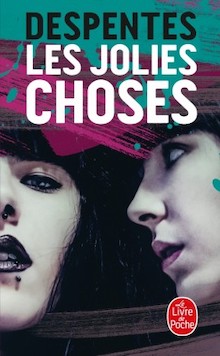 Yet, in the first thirty pages of her novel, Despentes manages to do something incredible—amidst the anger and hatefulness that the twins exude, she reveals their vulnerability. The book seems to hold a mirror up to the reader, asking us to question our judgements. Those first few pages manage to both set up the central scheme and to show Claudine reaching into her past as she anxiously waits to hear about Pauline’s gig from her friend Nicolas. The story briefly shifts to memories of her childhood. Her anger at her father for being abusive and at her mother for being weak suddenly present a profound issue: the powerlessness of a child in an abusive household. And just like that, Despentes gives the reader a moment of sympathy and understanding—only to jolt the reader out of it immediately.

Claudine commits suicide during this reverie and Pauline’s plans change as she instantly decides to inhabit her sister’s life, pursuing a record deal while embodying the kind of femininity her sister represents. There is no mourning; the substitution is fast and easy. The shock of this moment is eluded by Pauline’s new plans. Despentes constructs an unsettling and off-putting response to one of the main characters’ death, but it isn’t until this death takes place that we get the real story—the one about sacrifices for the sake of spectacle. The double in literature often relies on a polarity of good and evil but we don’t get that with the Pauline/Claudine paradigm. The characters exemplify clichés, but they are not flat archetypes. This leaves room to explore the real antagonist: the feminine ideal.

The ultimate takeover in the novel is the appropriation of femininity by corporations that sell it back to us as perfectly packaged goods, sometimes makeup and other times a pop star. Even Despentes’s writing—short, punchy descriptions—give the text a sense that we are watching a performance, something put together for our pleasure and immediate consumption. Pauline’s decision to enter the world of pop stars and fame only pushes her further into a precarious definition of femininity. Pretty Things is pertinent because it tackles the too-familiar uproar against the workings of the media industry—the situations that women find themselves exposed to simply for being women.

Pauline condemns her dead sister’s lifestyle, despite being a usurper of it. Claudine’s way of dressing and overt sexuality are characteristics that Pauline must take on in order to be a believable Claudine. There’s a comical scene where Pauline first walks out in heels in the streets of Paris trying to get to the metro. She’s dressed in Claudine’s much-too-tight shirt and mini skirt, unable to gracefully handle heels. Though it’s funny, Pauline quickly turns it into a scathing critique of the way her sister presented herself to the world. She resents that her sister made herself a subject of stares and nasty remarks by men. But as this scene is taking place, it’s clear that Despentes is working to highlight the many forms of aggressions women endure, the reasons behind the rage. There’s Pauline’s rage against her sister for using her body as a means of attention, then there’s the more nuanced rage against men who come into the picture as “good guys,” as saviors of the feminine body:

Did the mother of this old, very gallant gentleman dote on him to such an extent that he now believed all women exist to be nice to him, looking simply to “please” him? Does he find it pleasing that she’s dressed like a whore, should she be flattered? She repeats that she wants to be alone, she gets more and more disagreeable, he doesn’t take it badly, instead he’s amused, as if she were a child. She pushes him away violently—“Let go of me right now”—and all chivalry stops, through clenched teeth, without backing away: “Don’t come crying back to me if you get raped in a back alley, you hear me?” She repeats that he needs to back away, he’s suffocating her, this old man, with his kindness that only wants one thing, to screw her with his mangled and disgusting dick, and she has a responsibility to be friendly, he still won’t leave, his eyes have changed, now he’s saying things he doesn’t even mean: “What are you doing in the Goutte d’Or, huh? I’ve seen girls from around here, you like to get fucked by black guys, huh?” And she shoves him with both hands, forgets her heels and her skirt, once again people are staring, he’s not discouraged, he says to her in a low voice, “You don’t want to see mine? If you like getting fucked by guys with big cocks, you’ll be satisfied, you’ll see. Is that it, huh, you like big black cocks?”

At this point, I couldn’t help but think of the many times women encounter these situations. The compliments that quickly turn violent. The many good guys who won’t stop until a woman submits to their goodness. Despentes takes this topic head on in its many forms throughout the novel. There is the production team who transforms Pauline into a sex symbol for the camera. But there is also the consumer, who is convinced that the other exists to prove to them their own power and virility. 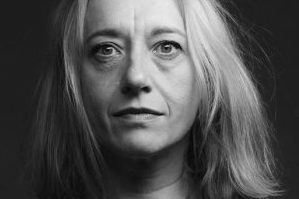 Capitalizing on desire and manufacturing femininity are the central topics of this book. Despentes inverses the meaning of “pretty,” and the reader is forced to grapple with the implications of having and being pretty things. What is considered disgusting or offensive constantly changes for women according to the product du jour. The feminine becomes grotesque because it is manufactured by the popstar factories, the agents and executives that literally, and figuratively, fuck Pauline into stardom. Pauline quickly learns that everything she does can be turned into publicity—that her narrative can be arranged and manufactured as a means for production. The cost, however, is that it all becomes a performance: sex and desire, daily life, and the stage, all become one. The boundaries between fame and self break and meaning is lost. Pauline left her identity behind once, when Pretty she took over Claudine’s, but it is truly when she becomes a star that she loses her entire self. “It takes a lot of work to sell that shit. She is surrounded by herself. Never has she existed so little, no life, nothing. But she’s everywhere. People have violent words for her, she’s the bitch you love to hate.”

Why should Pretty Things win? First, Molly Crabapple does a damned good job with this cover and that should be reason enough to pick up this work. But really, it’s not often we get a narrativization of the abuses of the female body through characters that are radically unapologetic of their take on femininity. Pauline and Claudine are not damsels in distress; they recognize that the “good guys” in these narratives are just as complicit as the outwardly abusive men they encounter. It’s a fun and tragic novel about a feverish dream for power over the body, as misguided as the actions can be, there’s so much room for reflection. There’s no surprise that Despentes suddenly finds herself a household name in France. She’s a writer for our times.