the easiness and the loneliness [Why This Book Should Win]

Laura Marris is a writer and translator. Her poems and translations have appeared in The Yale Review, The Brooklyn Rail,The Cortland Review, The Volta, Asymptote, and elsewhere. She is a MacDowell Colony fellow and the winner of a Daniel Varoujan Prize. Her recent translations include Louis Guilloux’s novel Blood Dark (New York Review Books), The Safe House by Christophe Boltanski (University of Chicago Press), and Paol Keineg’s Triste Tristan and Other Poems (co-translated with Rosmarie Waldrop for Burning Deck Press). She lectures in Creative Writing at Boston University, where she serves as the Director of the Favorite Poem Project. 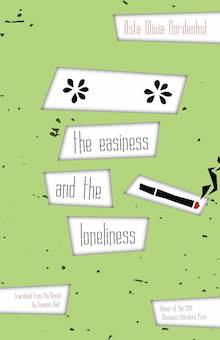 the easiness and the loneliness by Asta Olivia Nordenhof, translated from the Danish by Susanna Nied (Denmark, Open Letter Books)

This is a book made from strange transitions, from in-between spaces where observations dilate, where the passage of time doesn’t feel very healthy. There’s a residual dread here that’s easiest to approach sideways, a critique of empty, mean systems of social support that make it safest for the poet to stay in the present, glancing at the difficult past and the future she worries she might not survive. Take the opening lines:

a wet lawn and me

itll be nice to walk out onto it

the easiness and the loneliness

the nerves are crazier than i 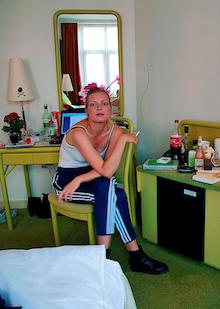 To be a body in the landscape, to be alone for a moment with the wet lawn or the smell of maples, invites a question—what does the life that comes from the inside sound like, and what would it be like for that life to have a voice in the world? It’s the kind of writing that gets done on stolen time, when the writer is supposed to be caring for someone else or earning money for a family, dealing with “legalities and duties.” It’s a voice stolen from its own nerves that threaten to take over.

But most importantly, in Asta Olivia Nordenhof’s book, and in Susanna Nied’s brilliant translation, the full power of that voice gets to confront, take apart, and examine the misogynist, classist structures that want to depersonalize a thirty-year-old woman writer who has worked as a prostitute and lived with many forms of lack. These poems, written without traditional punctuation, titles, or other markers, have a kind of unanchored clarity it hurts to look at. Not the usual “dew” but “mornings earliest water.”

In their false casualness, these lines seem almost throwaway, but this interior voice can be startlingly sharp in its engagement with other writers:

and amager how tender you gave me a plum to throw

Is it a coincidence that “indifferent” and “tender” are so close together? In the context, I don’t think so. In the juxtaposition of these lines I hear an echo from Albert Camus’ The Stranger: the “tender indifference of the world” his protagonist throws himself upon at the end of the novel. In Nordenhof’s hands, it’s both an acknowledgement of her love for the world and a subversion of the canonical writer, the high-toned absurdity of Camus’ idea. It’s a testament to Nied’s translation that hints like this are preserved in all their subtlety and humor.

One of the most impressive aspects of this translated book is how funny it is. In one example, the speaker’s long-suffering mother gets the last word about her dead spouse:

first he spent a few years at the school of architecture then a few doing international                     studies, finished neither

found a collage my mother made

various nude or half-dressed women, photos my father must have taken

across the collage she wrote INTERNATIONAL STUDIES 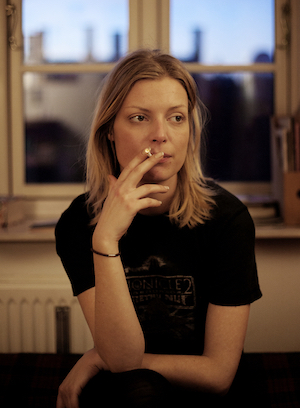 The pacing of these lines, as they swerve away from feeling sorry for the father, carry an unexpected zing of delight, both for the speaker and for the reader. These women all refute the simpler story, refusing the expectation that they will pity the men who have harmed them. The ways they flip their lives the bird are sometimes self-destructive, but Nordenhof is there to document the moment of rebellion against the norm, whatever its later consequences may be.

It’s worth noting that many aspects of Nordenhof’s landscape are American exports—empty malls, tract houses and condos, deserted KFCs, and financial crisis. This book deserves to be widely read here for many reasons, not least because it has something to say about the fallout of American financial inequality and how it has been transmitted to vulnerable neighborhoods around the world. In one outrageous scene, a young bank employee visits a low-cost block of housing the tenants think they own:

its no fun to go from one condo complex to another with this unpleasant message, said

the young man from the bank, he didn’t understand it himself he said, so don’t be

embarrassed if you don’t either. the subprime loan and lehman brothers

In Nied’s deft translation, Nordenhof’s discursive sharpness is a great tool for both addressing and dismantling complicated myths about society. She strikes hard, glancing blows at diet culture, the side effects of birth control, financial meltdowns, what’s become of her childhood friends, and people who disparage the right to public assistance. And how could you not root for this voice that so fiercely wants to take up space the world?

to be so stingy

with my child-breasts that have meanwhile grown so huge