“Garden by the Sea” by Mercè Rodoreda 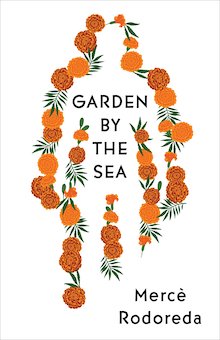 Originally published in 1967 in the Catalan, Garden by the Sea is just one of several works that has earned twentieth-century author Mercè Rodoreda international recognition over the years.

Mercè Rodoreda’s eventful life—one of difficult lessons and equally difficult experiences as someone exiled in the aftermath of the Spanish Civil War—superbly enlightens Garden by the Sea. The book acts as a testament to her clear grasp of the universal patterns in which people interact, no matter their social class or cultural context. In this way, Rodoreda’s works are perfect candidates for translation; national borders and social barriers prove no obstacle to Rodoreda’s realistic characterization as informed by her authentic understanding of human nature. For this reason, Garden by the Sea joins Camellia Street, Death in Spring, War, So Much War, and The Selected Stories of Mercè Rodoreda in the list of books penned by this author and published by Open Letter.

In true Great Gatsby fashion (or perhaps more aligned in modern times with Downton Abbey), the story is narrated by an omniscient yet unlikely side character: the gardener. Appropriately set by the seaside, the story finds itself submerged in social circles as it dives deep into murky waters, bypassing high society’s superficial appearances and deriving its narrative from the accounts of domestic servants rather than the elite they serve. Small talk quickly turns into big consequences for these seemingly minor characters, as secrets surface and the past comes to light.

True, this gossip-fueled account of life in 1920s Spain is sure to leave the reader chuckling at points. But it also leaves the reader contemplating to what extent ill-gotten knowledge, social obligation, friendship, and responsibility for the welfare of others are—or should be—interconnected. Guilt and innocence, knowledge and action, come into question as readers are left pondering all the potential ways the story could have ended but didn’t. What makes this novel special is that it is just as much about what is excluded from the storyline as what is included—something the gardener knows all too well.