Let’s Try This Instead 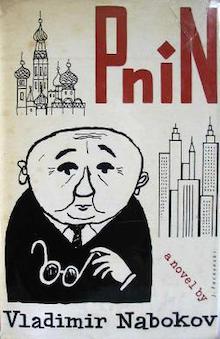 Now that I’ve taught a few hybrid sessions of my “Intro to Literary Publishing” class, I can confirm that teaching during COVID is WEIRD. So weird. (And not just because I couldn’t figure out the technology on day one, or because I can’t hear the students very well without being able to see their faces. Although both of those things totally make it weird.)

Anyway, I’ve made the mental decision to quit wallowing in the shitpool that 2020 has become and pretend that September 1st is the start of a new year—one that can only get better. Sure, I know that with the election coming up—and, more terrifying, the possible aftermath if Trump loses—COVID still raging, cops still killing blacks, a more-than-decimated economy, etc., my little shift of perspective isn’t going to have any real impact, but I need to get some motivation back. The pandemic has railroaded my general vibe and interest in books and ideas, and I feel like I have to do something to at least start recovering. So here we are. Writing as many days of the week as possible, trying to engage with books and ideas, and trying to find a sense of humor again.

Which brings me to the meat of this post.

In preparation for the next season of the Two Month Review, I reread Nabokov’s Pnin—one of the last title in my multi-year re/read of Nabokov’s books. (I still have Strong Opinions and the Collected Stories to go, after we finish Ada.) 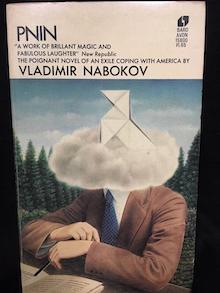 If you haven’t read Pnin, it’s kind of the perfect campus novel for our times. The titular figure is a parody of a Russian professor, working at a university where he’s too fluent in French to teach any of those classes (“In 1950, when Hash was away, I engaged that Swiss skiing instructor and he smuggled in mimeo copies of some old French anthology. It took us almost a year to bring the class back to its initial level. Now, if what’s-his-name does not read French—” “I’m afraid he does,” said Hagen with a sigh.), and where he barely has any students in the Russian courses he does teach.

I’m a sucker for books like this that poke fun at academia, and this particular passage felt like a great way to bring some fun back to Three Percent and set a new tone (at least for the moment?).

And still the College creaked on. Hard-working graduates, with pregnant wives, still wrote dissertations on Dostoevski and Simone de Beauvoir. Literary departments still labored under the impression that Stendhal, Galworthy, Dreiser, and Mann were great writers. Word plastics like “conflict” and “pattern” were still in vogue. As usual, sterile instructors successfully endeavored to “produce” by reviewing the books of more fertile colleagues, and, as usual, a crop of lucky faculty members were enjoying or about to enjoy various awards received earlier in the year. Thus, an amusing little grant was affording the versatile Starr couple—baby-faced Christopher Starr and his child-wife Louise—of the Fine Arts Department the unique opportunity of recording postwar folk songs in East Germany, into which these amazing young people. had somehow obtained permission to penetrate. Tristram W. Thomas (“Tom” to his friends), Professor of Anthropology, had obtained ten thousand dollars from the Mandoville Foundation for a study of the eating habits of Cuban fishermen and palm climbers. Another charitable institution had come to the assistance of Dr. Bodo von Falternfels, to enable him to complete “a bibliography concerned with such published and manuscript material as has been devoted in recent years to a critical appraisal of the influence of Nietzsche’s disciples on Modern Thought.” And, last but not least, the bestowal of a particularly generous grant was allowing the renowned Waindell psychiatrist, Dr. Rudolph Aura, to apply to ten thousand elementary school pupils the so-called Fingerbowl Test, in which the child is asked to dip his index in cups of colored fluids whereupon the proportion between length of digit and wetted part is measured and plotted in all kinds of fascinating graphs.

To make this is a bit more meaty—and to return to a book I wrote about many moons ago and am still reading—here’s a bit from the “Pnin: Cruelty” chapter of Azar Nafisi’s That Other World, which is translated from the Farsi by Lotfali Khonji. 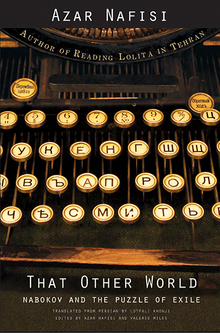 In a brilliant chapter of his book on Nabokov, America’s Russian Novelist, G. M. Hyde, when dealing with Pnin, recalls the tradition of skaz. The word, a cognate of skazka (which means a popular or vulgar story in Russian), refers to a narrative that the author introduces indirectly, through the intercession of an imagined narrator. Skaz, having its origins in popular oral storytelling, refers to myriad tricks and methods deployed by the storyteller—diversions, parenthetical points, and habitual or repetitive phrases—in order to stop the narrative and divert the audience’s attention from the story back to the storyteller. In this way, the improbability of the story is concealed and further excitement generated, exactly as we see in Pnin. [. . .]

Nabokov wrote extensively on Gogol, whose work he enjoyed and respected. [. . .] Pnin can be considered Nabokov’s best gift to Gogol. According to Hyde, Nabokov succeeds, in Pnin, in creating his own critical “pattern” following his search for the sources of the methods or devices employed by Gogol. He then incorporates this pattern in the structure of his own novel. Hyde quotes Eikhenbaum as saying that in novels where the plot alone is important, narrative tricks or devices are used merely as formal links between events, but when skaz has a fundamental role to play in the novel, the narrator somehow appears in the foreground, as if the “pattern” is being used only for combining and connecting the various tricks of the skaz style. In such a novel, the emphasis is on elegance of diction and wordplay, and various kinds of pun. In such a narrative, not only does the narrator interrupt in order to address the reader directly, but the narrator’s use of language transforms to become the sort of language in which audio allusions acquire an importance far greater than the straightforward meaning of individual words. These are elements that are at the service of the comedy in Gogol’s novels, as they are in Pnin. [. . .]

There are numerous puns and plays on Pnin’s name that exemplify this (even in Pale Fire). The first time Pnin introduces himself by telephone, the narrator tells us that it sounds like a “preposterous little explosion,” and Joan, to whom he is speaking, calls it “a cracked ping-pong ball, Russian.” On the most superficial level possible, Pnin’s name counts as an audio allusion that constantly attracts the reader’s attention.


Previous post
TMR Season Thirteen: “Ada, or Ardor” by Vladimir Nabokov
Next post
2020 Has Been Rather Suboptimal