“Astroecology” by Johannes Heldén [Why This Book Should Win]

This morning’s poetry entry into the Why This Book Should Win series is from BTBA judge—and Riffraff co-owner—Emma Ramadan. 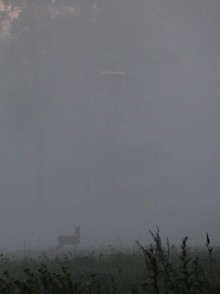 Johannes Heldén’s Astroecology is an art object, and merely describing it won’t do justice to the weighty beauty of it you feel when holding the book in your hands. A compromise: Some of the images and accompanying text can be viewed here. It’s a hardcover book of photographs accompanied by short texts that are in turn accompanied by footnotes, translations of images into words and words into other words. The glossary at the end is itself a continuation of the book’s poetry, with entries like “horizon, as far as the human eye could see” and “loneliness, standing outside the flock. Walking towards the school building at the end of summer. Darkness in the storage room. The sound of footsteps. Laughter.”

Heldén describes nature and the world around us, but there’s something sinister lurking in these pages. Flipping through the book, it might seem like a collection of beautiful photographs of plants, animals, landscapes in nature, but the accompanying text subtly explores nature’s brutal confrontation with us. Humankind’s negative influence on the world seeps into the pages. A picture of a tree stump is captioned “October 10, 2011, a 24-hour long clip of the engine sound from the fictional starship U.S.S. Enterprise was uploaded to YouTube.” An aerial photograph of trees is accompanied by a description of the roar of engines and drones crowding out the sound of the wind, crowding out even the sound of breathing. We encounter a dead dormouse, there’s an apocalyptic atmosphere: The only light: the emergency generator of the hospital.

Heldén’s glossary plants us firmly in the future: “badger, Meles meles, four-legged animate object (last confirmed sighting in 2027).” “blue whale, the last blue whale was hunted into a shallow bay in the Arctic in 2026, where she beached and expired after several hours struggle to return to deep waters.” Every animal mentioned is now extinct. And often their former actions and movements are described as though the glossary were someone’s diary, keeping record of the specific habits of various insects and animals around his or her property. What kind of future is this?

Is it the end of the world? Are we the end of the world? The layers of Heldén’s text are so all-encompassing and in such intense juxtaposition that sometimes we forget this is not a simple documenting of someone’s garden and their pleasant discoveries captured in photographs. Soot from burnt-out stars falling slowly to the ground. I tried to write their existence, their consciousness, like code into the interspace.

The text is also woven with Heldén’s sporadic philosophical musings, inner thoughts inextricably bound up in the outside world. A question: what would a secret language be called interspersed between raindrops. These are Heldén’s photographs, and through them he brings us into his construction of a future universe. For Astroecology is, essentially, a work of science fiction shattered into images, text, intertext, the pieces coming together to expand the genre, both of science fiction and of poetry.