This entry in the Why This Book Should Win series is from poet, translator, editor, and BTBA judge, Aditi Machado. 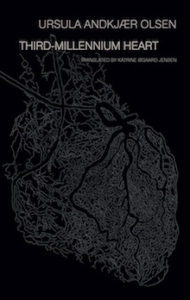 What’s a translated book got to do to survive?

If you live in the world I—curious judge, irritated poet, hungry editor—live in, you might think, as I do, that a translated book survives by its ability to say: I got you and that’s why: you get me.

And you might also think, as I do: why must we get each other so? What is this desire, from literature, for solace?

And then you might get to a place of wondering, as I am: what’s a translated book got to do to live? I mean, really live. Exceed all of the reasons why someone should translate it and publish it and why it is translatable and why it could not possibly be translated. Exceed even the reasons why “we” “must” “read” “it,” all the prerequisites of our meagre but essential industry of publishing.

Because all the truly excellent books on my shelves are excellent precisely because they have nothing to do with me. They owe me nothing. But I owe them everything. And it’s my obligation to read them, learn from them, treat them as the miraculous, overpowering creatures they are.

This is the realm of excellence in which Katrine Øgaard Jensen’s translation of Danish poet Ursula Andkjær Olsen’s Third-Millennium Heart exists.

I would love for everyone to read this book—I am advocating for its circulation. At the same time, the book doesn’t need us to read it in order for it to be alive. We need to be alive to it.

Third-Millennium Heart is a book-length poem, a happy 200-ish pages long. It is spoken by a speaker whom we cannot fix to a particular biography or body and whose mechanisms of desire are fueled, perversely, by hegemonies of structure. But something about the voracity of this desire unsettles the structures it witnesses and absorbs: patriarchy, capitalism, culture, nature, sex—all get processed through the speaker and rewritten in a new language.

At times I think the speaker a factory for turning money (“back”) into leaves. Other times I think it’s too simple to say the speaker simply turns every hierarchy on its head—a book that did that might indeed be too simple. It’s more like there’s a mutual interpenetration of the subject and her environment. Some very complex mutations occur, so that we get, for example, the horrifically compromised “Matriarchate,” with its echoes of “matriarchy” and “market”; or the extraordinary “babel cunt” and “ivory brain” with which the speaker thinks.

“Matriarchate” is a good example of the suggestiveness of the source text, the suggestibility of the translator (to be moved by the text in the way that it moves), and also her wit. My lack of Danish doesn’t prevent me from consulting the great dictionaries of the internet and one of them informs me that the Danish for “market” is “marked” and for “matriarchy” is “matriarkat”; the word Olsen uses in her poem is “Matriarkatet” (a declension or neologism, perhaps?). In English, “Matriarchate” is an apt discovery, for it denotes matriarchy (of which it is a rarer usage) and connotes the market inside matriarchy or of matriarchy.

You can fuck Mother Market, it won’t help anything.

Every hole seals itself.

There are ever so many things to say about this book and its two mothers, but I’ll end, simply, with what Olsen Jensen have to say in and through the palpating Third-Millennium Heart:

I take my name from my surroundings: a place so namedrunk it matches the namedrunk in me.

I am the cradle of culture: lean, lean

out of my towers.

I am exposing the structure.

The male and the female, I rub these two against each other

until everything happens, I think with babel cunt, with ivory brain

until I think babel brain, with ivory cock, and nothing inside

me will keep you from going there, where society is not, and color

your longings with RED radiance.

No one will stream through my paranoia-carcass.

Everything must stream through my paranoia-carcass.