First Why This Book Should Win entry for today is from Tim Horvath. Tim Horvath is the author of Understories (Bellevue Literary Press) and Circulation (sunnyoutside), as well as fiction in Conjunctions, AGNI, Harvard Review, and elsewhere. He teaches in the Creative Writing BFA/MFA programs at the New Hampshire Institute of Art, as well as at the Cambridge Writers’ Workshop’s Summer Writing Retreat in Granada, Spain. 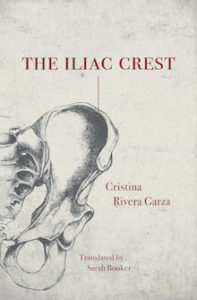 In homage to a great standalone section late in Cristina Rivera Garza’s The Iliac Crest in which she enumerates twenty-nine things you can do while sick and bedridden, I’ve assembled what I think are twenty-some–odd great things/moments/facets of this book.