This entry in the Why This Book Should Win series is from P.T. Smith. A full-time writer of WTBSW entries. 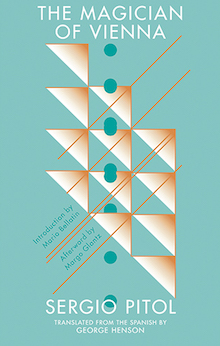 The Magician of Vienna by Sergio Pitol, translated from the Spanish by George Henson (Mexico, Deep Vellum)

Books that are part of a series have a tough time getting the recognition they deserve, in general and for awards in particular. The first book comes out and people rave enthusiastically yet they need to see where the rest goes. The middle are a bridge, a getting here to there, appreciated but sort of lost in the process. Then comes the end, the final book, and people have forgotten it all existed. The frantic, absurd pace with which the book world consumes the shiny new book of the month doesn’t allow for culminations. It’s shameful, really, and with Sergio Pitol’s “Trilogy of Memory,” each translated by George Henson, it really, really should be otherwise. The Magician of Vienna deserves to win the 2018 BTBA because on its own it’s an astounding book, and as the end of a trilogy, it pulls disparate ideas together over a huge span.

Pitol died just two days after the longlist was announced. Not that a man as successful as he needed more accolades, but I for one am happy for there to be one more. We shouldn’t let his passing sway us, it’s not a reason for a book to win an award, but it would make for a nice story, wouldn’t it? Either way, his work being recognized in the US is a huge step towards more of it coming, and a deserving win here would push forward with even more momentum.

This trilogy is for people who—like Pitol, like his translator Henson—lead a life where living and literature, reading it, writing it, thinking about it, overlap completely. They are inseparable and to make sense of one is to seek to make sense of the other. In a way, there are no limits to this life. This is memoir, this is fiction, this is literary criticism, and it’s not interested in blending those genres, in thinking on what it means to be cross-genre. Instead, Pitol simply writes as he must. He travels in time as he sorts his memories, travels in time as he sorts history, travels in space as he physically travels, travels in space as he follows the history of foreign authors or their characters. It’s not limited to books however—music, theater, movies, visual art, all of it is invoked, all part of this existence. The breadth is remarkable, and Pitol’s control of it even more so.

He is always in control, and Henson relays that control to English readers. Both are impressive in their skill and art. This isn’t just memory of his life, but remembrances of the books he’s read. The details he pulls, the thoughts he can assemble of the works seem impossible. He does quote books, does revisit them and revisit his own journals, but you get the sense that research, accuracy to facts was not the upmost importance. In his translation, Henson notes errors form time to time, but I imagine they didn’t concern Pitol much. His project was bigger than that. His project was taking a book, like The Third Policeman, from his past and being able to write something like:

This somnambulistic wandering, where the implausible is described with the greatest naturalness, with the same adjectivization that someone would employ to describe the most ordinary events of daily life, is tinged only occasionally with a slight unreality, like the slight out-of-focus of a lens through which someone contemplates a landscape, rests on an ungraspable sadness, broken from time to time, in a brilliant counterpoint, by the commentaries on de Selby and the recreation of the sordid struggle unleashed by his commentators, which has ended up causing them to go mad and driven them to crime.