Transparent City [Why This Book Should Win]

Tobias Carroll is the managing editor of Vol.1 Brooklyn and the author of the books Reel and Transitory. He writes the Watchlist column for Words Without Borders. 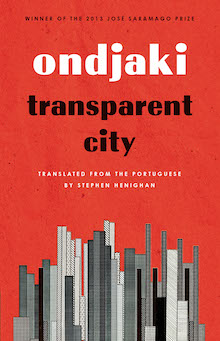 Transparent City by Ondjaki, translated from the Portuguese by Stephen Henighan (Angola, Biblioasis) 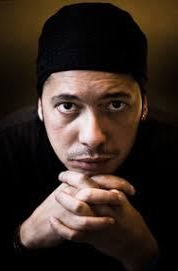 For some writers, contradictions within a narrative might end up topping the whole thing. For the Angolan novelist Ondjaki, contradictions are the stuff out of which a deeply compelling narrative can emerge. Transparent City, his latest book to be translated into English, abounds with dissonances and moments of narrative static—but, in tech-world parlance, that’s a feature rather than a bug. Transparent City abounds with a kind of controlled chaos that ultimately reveals itself to be something more deliberate, and ultimately more sublime.

To start, there’s the prose, which is written in a style that recalls free verse. It’s not quite the auspicious technique of a novel written in the form of a single sentence; instead, it’s an unconventional use of punctuation that causes each passage to flow into the next without any delineation. Alternately: this is one of the paragraphs you’ll find on the first page:

in a hypnotized voice, Seashell Seller moved where the heat pushed him and led Blind Man down more or less safe paths where the water gushing out of the burst pipes opened passageways for anybody who dared to move in the windlashed jungle of the blaze 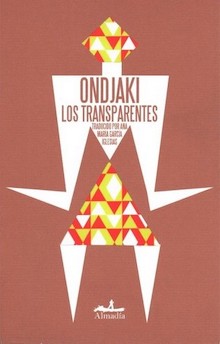 This is crucial to the style of the novel: just as each sentence fades into the next, so too is protagonist Odonato slowly fading away into the sprawling, bustling city around him. It’s probably worthwhile to say that this would make for an intriguing literary double feature with Stephen King’s Elevation, about a man stricken with a similar malady. The two books have little else in common, but they serve as intriguing studies of how two very different writers can take a similar concept in radically different directions.

when he reached the fifth floor, Comrade Mute was smiling patiently, almost inside his head, guardian of the secret of his vinyl music, a perpetual soundtrack—even when silenced—of life rambling in celebration through that mysterious, broken, poor building

As some of the names listed might suggest, Ondjaki is also riffing on archetypes somewhat here. On one hand, you have elements of realism present, including corrupt officials, income inequality, and violent rivalries; on the other, there’s Odonato’s condition and the stylization of many of the characters. It keeps the novel unpredictable, and creates a space within which Ondjaki can incorporate anything from the metaphysical to the deeply tactile.

But for all of that, all of the contradictions and head-spinning narrative turns, Ondjaki also allows for moments of sublime grace. About two-thirds of the way through the book, Odonato sets out on a walk:

Odonato wandered as he hadn’t done for a long time, absorbing the voices and the noises, the honking of car horns and the shouted insults, the finely tuned horizontal beauty of the National Bank of Angola, the smells of Baleizão Square now with no ice cream for sale, the strangely chaotic vision of the ruined buildings beneath the hilltop foundations of the São Miguel Fortress, the bay’s extensive, elongated breadth, like the smile of some Luandan adolescent, the peaceful murmur of the coconut palms that had withstood time and construction on the Marginal’s sidewalks, taking in the spectacle of billboards announcing the latest and most expensive cellphones and jeeps

There’s a world of detail in those two paragraphs—about place, about character, about motion. At the scale of a book, it becomes something else indeed: not a world but a city, rendered with transparency, verve, and joy.